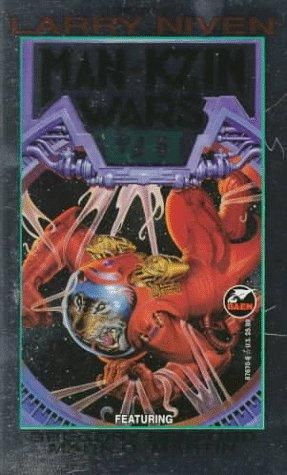 The Man-Kzin Wars 07
Bruno was the most stable linker, but linkers always went catatonic after a certain amount of time connected to high level computers. Bruno knew intellectually that he had to minimize link time. But with the link he was so much more--he could see all. He could extract all possible effectiveness from his ship and maybe save himself and his love from a horrible fate. 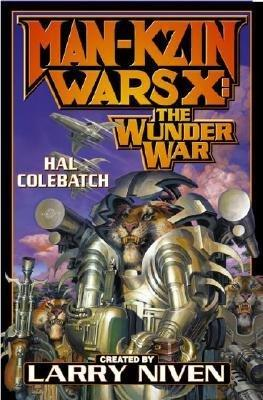 The Wunder War
The first colonists from Earth named the planet Wunderland. Generations later, the felinoid alien invaders called Kzin came and turned it into a hell for humans. Touched on in other accounts of the Man-Kzin wars, here for the first time is the decades-long saga of Wunderland: how the Wunderlanders first learned of the Kzin attacks on Earth by slower-than-light communications, barely in time to prepare to fight back. How the valiant human defenders turned to guerilla warfare in the Wunderland jungles and caves after the feline warrior race had destroyed or seized the cities. How, after the war ended in an ignominous defeat for the Kzin, some humans and Kzin worked for good will between the two species-their work complicated by humans wanting revenge and Kzin who still saw humans as a somewhat annoying food source. And how a human-Kzin team was sent to investigate a mysterious asteroid and found a threat not only to both species, but to the entire galaxy. The humans wanted to destroy it, but the Kzin wanted to exploit it, and the only hope was a Kzin telepath raised by humans from a cub. Which side would he choose, monkey or warcat?