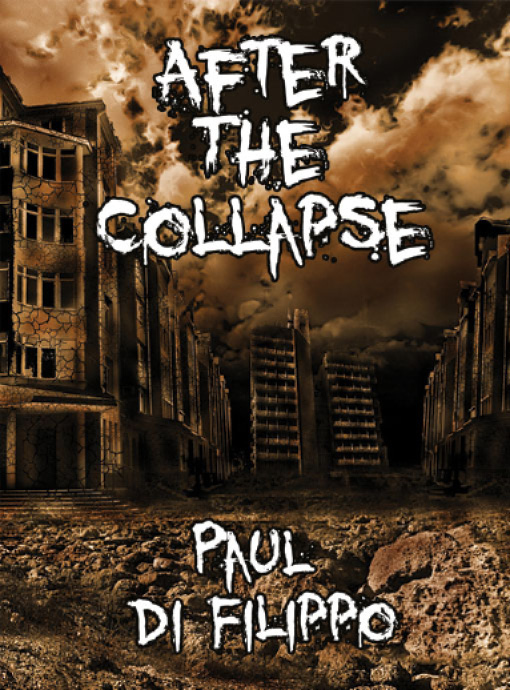 After the Collapse
From the swarming, last-redoubt towers of the polar regions, where humanity huddles from the savage heat of Greenhouse Earth, to the dusty refugee camps of a shattered America; from the virtual reality landscape where teenagers seek to repair a wounded planet, to the post-human globe populated by wily transgenic heirs to mankind; and, lastly, across the ideology-splintered ruins of the U.S.A… a cast of dedicated survivors tries to make the best of what’s left behind, picking up the pieces of their lives and arranging them in new patterns of hope and dreaming. Here are six riveting tales of life during the hard-luck times of a post-holocaust planet.