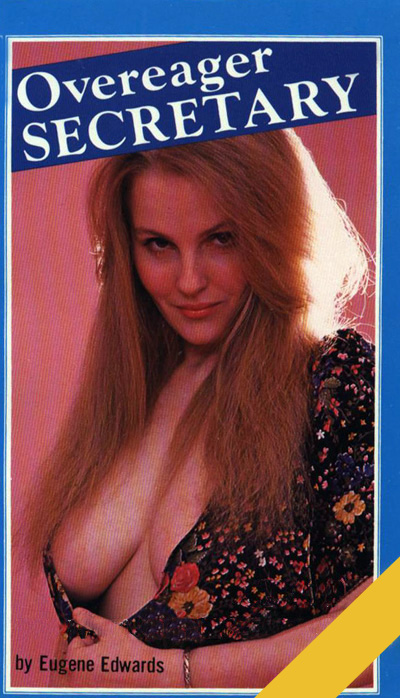 Sam Bodie wanted to fuck me and I knew it, but there were too many stories around the office about how brutal he was. I even heard that Sam stuck a beer bottle up Suzie Connelly's cunt when he took her up to the lake, and I sure didn't want any asshole doing that to me. Even if Sam was the regional manager and could get me a nice salary raise. Besides, he was ugly. Short and squat, with sloping shoulders that made him look like he should walk on his knuckles, and deep-set eyes that made you shudder to look at him. Still it was in the back of my mind to let Sam at least touch my titties one of these days. That way maybe I could get a peek at his cock, which was said to be a masterpiece. Even those girls who let Sam fuck them – and then were forever terrified of him – even they were in a state of shock, a kind of precious awe, when they talked about Sam's cock.

"Honest to God, Martha, Cynthia told me, you just wouldn't believe it. Sam's got a prick like a boa constrictor. Huge and long, with a head on it that goes searching around in your guts like it had eyes!"

The rest of the girls I talked to all agreed, and this bestial quality of Sam really got to me. Sometimes when he came up to our floor and walked through to the supervisor's office, I found myself staring at his crotch. I felt myself shivering with a sort of animalistic desire that made the juice run hot in my pussy.

A few years ago I would have been ashamed of my own feelings. Girls were supposed to be sweet, and gentle, with little initiative when it came to sex. But now things have changed. Everybody knows that women have sex drives, and sex dreams, and it isn't bad when a woman does her damnedest to get fucked!

Like the other day, when Cassandra and I decided to see what Pedro Gonzales had in his pants.

Pedro works in the stockroom, and it's sort of quiet and private back there. A good place to spend a lunch hour when the blood is flowing hot in your veins.

Cassandra wasn't as pretty as me, but I figured she'd have a better chance at Pedro than I would. She was twenty, almost two years older than me, and I know that men like mature women. Oh, sure, they like to look at us younger chicks, with your firm breasts and hard little buttocks, but when it comes right down to fucking, a man likes a woman.

Pedro was a happy-go-lucky kid about my own age, and all of us girls liked Pedro. But he had so much energy it was frightening. All day long he ran back and forth between the stockroom and the desks with supplies, and he was always bubbling with energy. He wore tight-fitting jeans so we could see the outline of his massive prick, and it caused the girls to make a lot of typing errors – they couldn't take their eyes off his crotch.

Especially when we knew he had this sizzling energy that could rip a girl's cunt all to hell.

So Cassandra and I decided to do something about it.