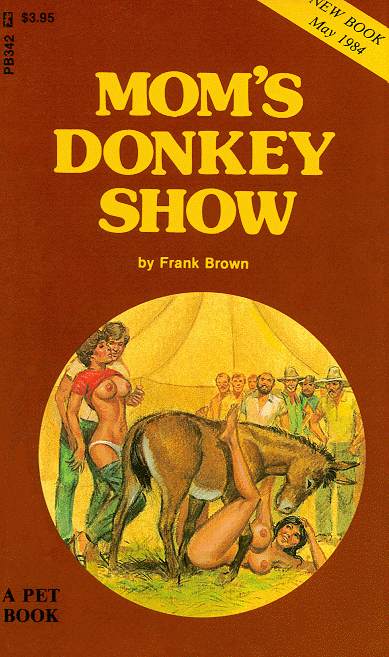 Connie was sobering up fast despite all the tequila she'd guzzled this evening. She sensed danger in the tent, felt the animal tension. She realized she was the only woman in here and all eyes were on her. She dug her fingernails into Matt's arm.

"Matt, take me out of here," she said under her breath, her words sluggish from the tequila.

"Don't be silly," Matt said, nowhere near as drunk as Connie although he'd put down a lot more liquor. "The show's about to start. Every vet oughta see something like this."

A hand started rubbing Connie's ass and she spun around. "Hands off, buster!"

The young Mexican showed his teeth in a dirty leer and tipped a green bottle to his lips. His companions, a half dozen shirtless Mexican youths, laughed at her. She turned away from them, searching the crowd for Billy, desperate to grab him and drag him out of here with her. To hell with Matt! He could stay if he wanted to be stubborn. She and Billy would find their way back to the hotel alone, even if they had to run all the way.

Connie scanned the crowd frantically, the haze of cigar smoke stinging her eyes and making her cough. Where had the little devil run off to? She spotted him at last, his blond head shining among all the dark heads. He was standing right at the front, at the edge of the circle formed by the crowd. He'd stripped off his shirt and looked lily-white compared to all the dark skin around him, and suddenly Connie feared for her son as much as for herself. She tried forcing her way through the crowd.

Matt grabbed her. "For God's sake! Where are you going?"

Matt had her by the waist and pulled her against him. She wasn't sure, but she thought she felt something very hard against her ass for a moment. Matt turned her toward him. The Mexican youths were laughing.

"Calm down," Matt said. "It's too late to leave. The show's gonna start any second."