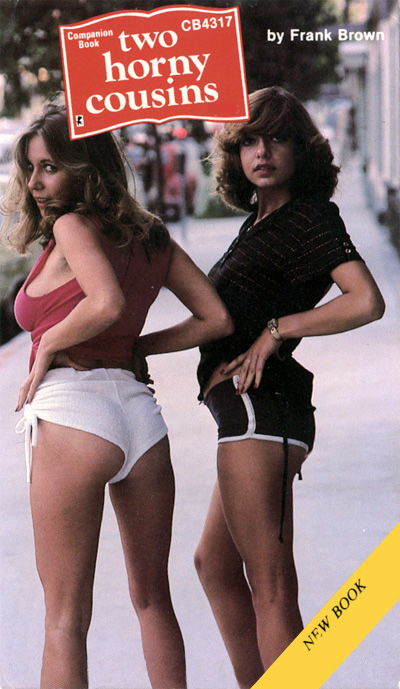 "Get down!" Fern said. "They'll see you!" Penny giggled and eased herself back down onto the beach blanket.

"So what? So they see me! What do you think they'd rather get – an eyeful of saltwater or an eyeful of tits and ass?"

"Are they looking?" Penny asked.

"No, they're not looking, thank God! If they were, I'd be putting on my bikini faster than one of them falls off his board."

"Oh, sure you would!" Penny said, and she reached over and pinched Fern's hanging left tit – right on the nipple.

"Ouch!" Fern fell forward. She reached underneath her chest and rubbed her injured nipple. It stung terribly, as if some vicious sea crab had nabbed it with pincers. She kicked at Penny, trying to claw her sadistic cousin with her toenails, but Penny rolled off the blanket laughing.

"Sorry," Penny said, "but I just couldn't resist. It was hanging there so pretty and pink just dying for a love-pinch."

"If you insist," Penny said, and before Fern knew what was happening, Penny darted her hand at Fern's exposed ass and pinched it even harder than she had pinched her nipple.