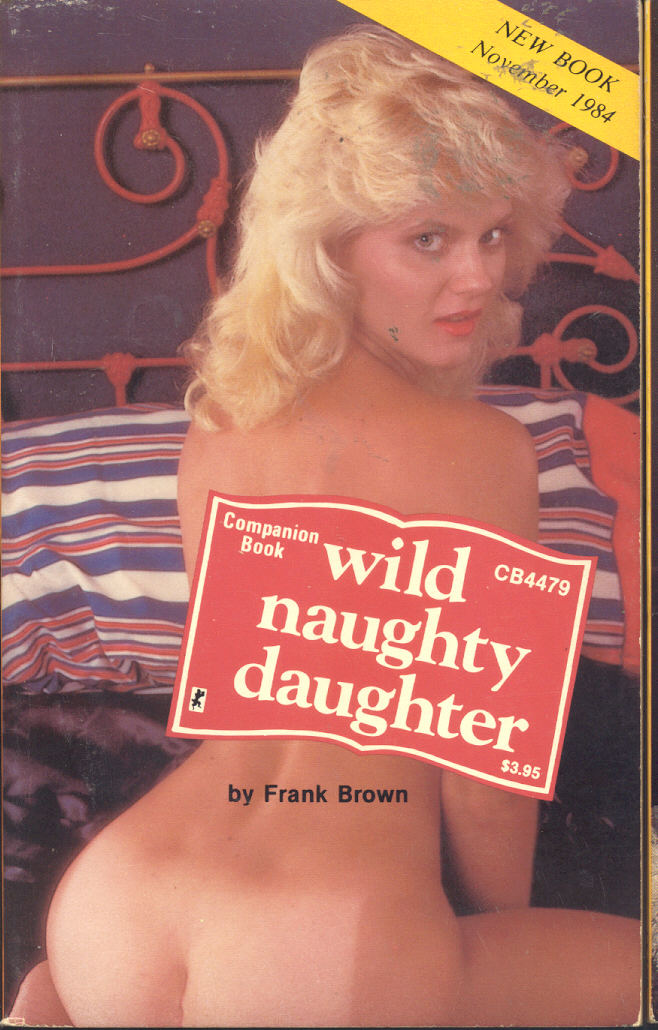 The stores hadn't even opened on Main Street, and already the early-summer day was sweltering. Sally had to run on tiptoe quickly across the asphalt at each intersection to the relative coolness of the concrete on the next sidewalk, although even the sidewalks were getting too hot to walk on barefooted.

She really should have worn shoes, she knew, but she'd gone barefoot and had worn her tightest, skimpiest shorts and blouse in the hopes that when she reached the First Baptist Church were her mother was waiting, her mother would turn red-faced with shock at her indecent manner of dress and send her straight home again instead of making her stay around to help serve coffee and doughnuts to the women's group, of which her mother was chairwoman. On her first day of summer of vacation, Sally couldn't bear the thought of spending the morning catering to a bunch of tittering, gossipy, self-righteous women.

She could already see them looking up and down, appraising her. They'd ask her how school had gone this yew. Had she gotten good grades? Wasn't her hair getting just a bit too long? Her mother, of course, who'd been complaining about the length of her hair for months now, would send her straight to the salon to get it hacked off church-woman length.

It wasn't fair. Why shouldn't she be able to grow her hair any length she wanted to? Her brother Mark could do anything and get away with it. He could grow his hair any length, stay out late at night, take girls to drive-in movies – anything. Dad stuck up for Mark, but he let Mom slave-drive her however she wanted to. It was as if Mark belonged to Dad, and she to Mom. Mark could even skip church and Sunday School half the time.

And Dad even skipped church sometimes. Sally knew Dad didn't believe all that Baptist crap that Mom was always fantatically trying to live up to, and trying to stuff down her throat. If Mom kept this up, one of these days, Sally was going to run away.

A car passed by slowly, the boys inside whistling and whooping. They asked Sally if she wanted a ride, but she just stuck her tongue out at them and kept walking. They laughed crazily and squealed off.

When will you ever be ready for it? a disturbing voice deep inside herself asked. You know that almost all the other girls at school have had boys between their legs, or so they've claimed or implied. Do you want to be the last one to spread your legs for a boy? How much longer are you going to let Mommie's rules control your life? Do you want to end up a Baptist church-woman, spending your days in a church basement eating coffee and doughnuts and gossiping about all the sinners outside?

Sally's heart pounded. She started trotting. The sooner she got to the church, barefooted and half-naked, the sooner her mother would blow up and send her back home. Maybe on the way back home those boys in the red car would pass her again – but this time she just might take that offered ride.

A block ahead was Lipman's Department Store, the largest business in town, and a block beyond Lipman's was the First Baptist Church. It was appropriate that the biggest store in town should be so close to the largest church, because George Lipman, owner of the store, was not only the church's major contributor, but head of the Board of Directors of First Baptist as well. The Lipman name was the biggest name in town. There were people in town who might not know the name of the current mayor, but everybody in town – including the five-year olds – knew the name Lipman. And people came from hundreds of miles away to shop at the famed Lipman's Department Store, which was known throughout the state because of the store's slick television ads, some of which featured George Lipman himself.