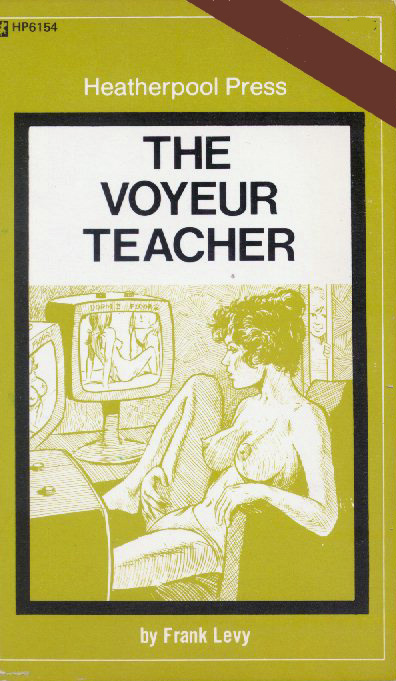 Mary Frances Ferguson, the headmistress of the Ferguson School, looked across her desk at the young man she was interviewing for the job of boys' physical education teacher. She felt a beginning tingling and a slight dampness in her panties. Damn! He sure looked just like what she had in mind!

He was a very handsome young man, blond hair, thick, but not too long, wide shoulders, narrow waist and hips, strong thighs, and a nice snug fullness between his legs.

His eyes were a deep slate blue and stared back at her with a slight dullness, just a hint of stupidity. She liked that. Miss Ferguson ran the show at her school, and she didn't want a man around that she couldn't control easily enough.

Kris Kristopoulos sat across from her and watched her looking at his file and back at him as if she were trying to match him up with the person described in there. He was sweating from nervousness. He needed a job pretty badly. He had gotten bounced from the job where he worked at his first school for committing certain improprieties.

Mary Frances tapped the folder with her fingernail.

"Mister, uh Kristopoulos, this letter of recommendation from the principal at your last school leaves a little to be desired."

Good! He flushed red as a beet!

"It says here, 'To whom it may concern, Mr. Kristopoulos worked for us for one year as a physical education instructor and as a teacher of biology and general science. We found him to be a good coach and an adequate teacher of science.' Sincerely, and so on."

He cleared his throat, and the perspiration began to pop out on his forehead.

"That doesn't say very much, now, does it? For example, why wasn't your contract renewed for this year?"