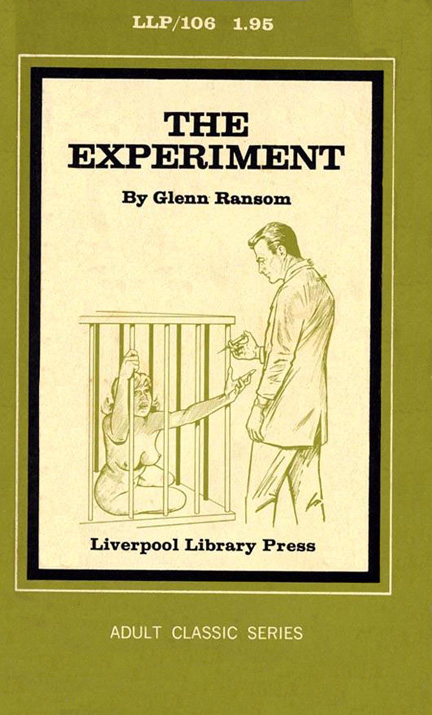 Lisa Carter skillfully maneuvered the cream-colored Austin Healey convertible over the winding country road past the white-fenced fields, and through the open gateway that led to the dorm area of Fairmount College. As the sportscar approached the parking lot, she geared down from third into second and brought it to a sliding halt. Not bothering to open the low slung door, she swung one long sun tanned leg and then the other over the side of the car, showing her softly rounded calves and lower thighs beneath the short pleated skirt that draped loosely from her hips.

The brilliant Saturday afternoon sun beat down on her uncovered head, lighting up the shimmering strands of her long golden hair with bright streaks of yellow-white light. Her wide-set gray eyes, now flickering with sparks of anger, unconsciously squinted against the bright sunlight as she made her way to her room.

A mixture of angry frustration engulfed her thoughts as she proceeded to mechanically climb up the long narrow stairway of her dorm. How could Mark be so thoughtless about her feelings on this of all weekends? How could he? Her anger mounted with each step she took to the top of the stairway. She could still picture Mark in her mind, waving good-bye to her from the train window. It was just an hour ago that she left him at the station and then her anger was momentarily absorbed by the emptiness she felt when he wasn't with her. But now that was pushed away by the disappointment she felt about him not being here for the dance tonight. This was the night of the Annual Presentation Ball given to introduce the girls of Fairmount to the men students at the nearby university. It had a special meaning to her because it was a year ago at this dance that she had first met Mark. She had looked forward to this special evening for weeks and had even picked out a new chiffon gown in Mark's favorite color. Now that was all over, after all the planning there was to be no dance, no Mark… just a lonely evening in her room while everyone else was off enjoying themselves.

The phone call from his mother came Thursday night and it was just yesterday morning that he reluctantly told her he would have to go home for her birthday dinner. His mother had a weak heart and was easily excitable, Lisa thought as her anger began to fade. She knew he couldn't say no to her… the doctor had warned Mark not to upset her in any way. Lisa sudden got mad at herself for being so selfish when she realized that Mark had no other choice but to go home this weekend. There would be other times together, other dances.

When she entered her room, Kathy, her roommate, was waiting for her. "If I didn't know better, I'd think you were ill," she said as she watched Lisa slump down in the cushioned chair by the window.

"I'd rather be ill than the way I feel right now," Lisa murmured as she gazed out the window at the rolling green hills behind the dorm. She could feel tears of disappointment swelling in her eyelids and bursting in small trickles down her flushed cheeks.

"Don't sit here all day and mope Lisa," Kathy said as she made her way to the bathroom. "Besides, Mark can't help it if he forgot about the plans for his mother's birthday. And you know anyway by Monday you and Mark will make up like you always do, so why be miserable all weekend? Look… why don't you come to the dance with Pete and me."

Kathy disappeared into the bathroom and began filling the tub with steaming water that fogged the small room with a thick mist.

"You should try this new French bath oil, Lisa, it smells sensational," her voice penetrated through the steam curtain and continued on. "What do you say about the dance?"

"Thanks Kathy, but I don't feel right going there without Mark. I haven't dated anyone else for months."