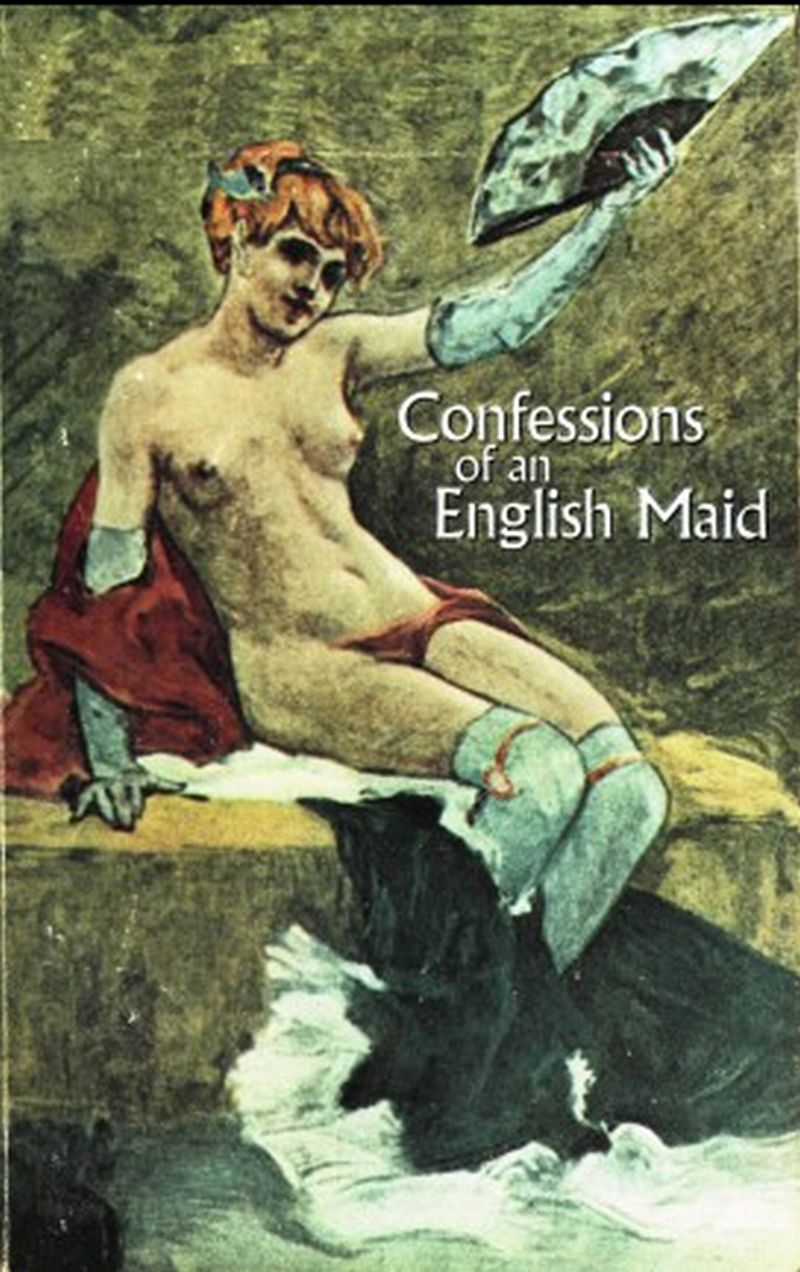 Confessions of an English Maid

Confessions of an English Maid

During the course of the years in which I have been more or less closely associated with other prostitutes I have frequently listened to explanations as to just what this one or that owed her degradation; the particular villainy to which she attributed her advent into a life of shame. The usual story is one of seduction by a lover under the inevitable extenuating circumstance of “before I really knew anything,” with the occasional variation, “he put something in my drink, and when I came too…” or, “he was stronger than I was and I couldn't do anything.” In these glib stories, in which none but the inconsequential details vary, the man is always to blame and the girl is never a willing accomplice. She is always, by artifice, force or deception, and subsequent abandonment, the victim of some man's depravity.

I confess that I have listened to these tales and even witnessed a few tears of self-pity, with a certain amount of skepticism. In thinking back over my own life I can find nothing which would serve as a valid excuse to shift upon somebody else the responsibility of my own condition, nor can I in justice accuse any man of having instigated my moral degradation, although the number of those who have taken advantage of my voluntary delinquency is legion. True, were I to hypocritically search for some contributing factor with which to justify myself in my own mind or in the minds of others, I might place some blame upon the environment under which I was raised as a child, yet, a conscientious analysis of my subsequent life leads me to no other conclusion than that had these conditions been entirely normal I would still, just as water seeks its level, have drifted into a life analogous to that in which you find me.

I do not believe that character is made by environment or training. I am something of a fatalist and it is my conviction that the seeds of goodness or badness, kindness or malevolence, virtue or viciousness, are implanted in the soul right from the beginning, and while some slight modifications either for better or for worse may be possible under varying circumstances, the net result will not be greatly changed.

In my childhood days I knew two brothers, sons of affluent parents highly respected in the community. These two boys were raised under the most favorable home and moral environment possible to imagine. The elder, always the personification of honor and circumspection, occupies a position of trust high in the affairs of the nation. The younger child of the same parents, raised under exactly the same conditions and influences, early in life manifested all the characteristics of an irresponsible nature and is today being sought for his participation in a robbery which culminated in murder. I know of other such instances.

I was seduced by no man, but I managed to get rid of my maidenhead before I was twelve years old. By the time I was fourteen I had been fucked by a dozen young fellows and several older men. I wasn't infatuated or deceived or coerced. I let them fuck me because it felt nice, because I liked it, and even the fact that shillings and even larger sums of money could be easily and pleasantly acquired didn't play any very important part in my complacency.

Under the roof of our home was an attic which was used as a sort of storeroom for discarded furniture and other odds and ends. Rene and I converted it into a species of playhouse.

Access to this attic was gained by a steep and narrow stairway enclosed between dark walls, and our parents rarely climbed these stairs, and would have given us ample warning by their footsteps had it occurred to them to do so; we felt reasonably secure, and always repaired to this obscure hideaway when the mood to do something naughty was upon us.

Mamma Agnes was not my real mother. My own mother had died when I was four years old. With the practical philosophy of a widower left with a small child on his hands, Papa lost no time in acquiring a new wife, and in less than six months I had a mamma and a stepbrother two years older than myself.

I lay neither censure nor praise at the feet of Mamma Agnes. She was kind to me in an indifferent way and I believe she cared as much for me as she did for her own child, Rene. She was simply not the maternal type, and though she accepted the material obligations which our presence represented uncomplainingly and kept us clean and well fed, there existed an almost complete absence of anything in the nature of moral or spiritual upbringing. We were punished occasionally, but only when our misbehavior constituted an annoyance to others.