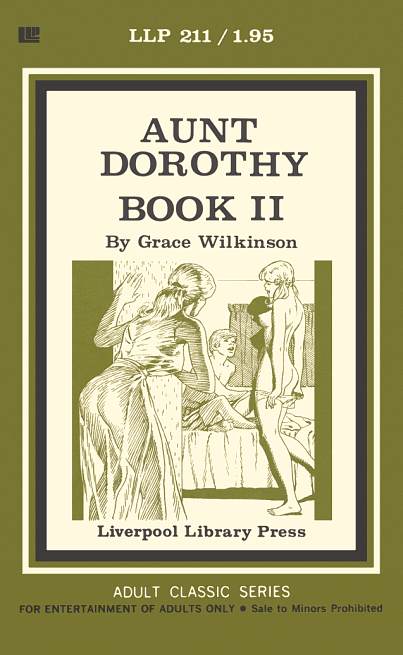 "Rosalie, a little to the left!" Nick Rogers shifted his corpulent form disagreeably to the side and Rosalie compliantly began to rub his pale un-tanned back. As she rubbed, her large round breasts swung tantalizingly from side to side and the smooth complexion of her nakedness gleamed dully in the darkened room.

"I'll get that little cunt if it's the last thing I do!" Nick muttered, half to himself.

"Nick… I wish you wouldn't use such… such… language!" Rosalie said the words gently but she felt anything but gentle. Nick had talked of nothing else since his pretty young wife had divorced him in Mexico to marry her widowed brother-in-law… and Rosalie was frankly sick of hearing about it. But she was careful to hide most of her disgust with the old man whose mistress she had been for some months now. Everything she had now… the apartment, her clothes… everything, were because of him. And still she couldn't bring herself to feel grateful to him… he was just not the kind of man one could admire. She'd been secretly glad in fact when she found out that his wife had left him… she knew after all, how much Nick cheated on the woman… and she knew just how unpleasant he could be!

She rubbed him the special way Nick had taught her, a combination of rubbing and scratching that had to be done just so to please the aging realtor.

Rosalie sighed and continued her rubbing, moving her small agile hands all over the large area of Nick's back. Her dark hair fell forward into her eyes and she closed them, blotting out Nick's image in front of her on the big king-sized bed and substituting a young man of her choice… a young man she had known a long time ago. She scarcely heard him as Nick continued to carry on about his plans… her thoughts were miles away.

"… and as for that little snip…" he blustered. "… that little bitch Lee! If I could just get my hands on her… and one day I will!" His mouth still smarted from the sock in the jaw the little teen-age girl's father had given him just when he was about to cum in her hot young mouth. It had cost him a pretty penny at the dentist too, to get all those caps put in. It wasn't as if he had tried to seduce the girl… it was she after all who had come on to him! Or at least he thought it had been that way. The thought occurred to him that she had deliberately trapped him… she had seemed unduly pleased when her father attacked him… and after all the moaning and groaning she'd been doing while he had manipulated her almost hairless little pussy… he wished her father had been there to hear that! But whether she had set it up deliberately or not, his ego was sufficiently crushed for him to want to retaliate. The combination of things was just too much… he'd returned home that night right after the scene with Lee and her father Art and found a note from his wife telling him she was leaving… that she wanted a divorce… that she was going to marry Art… of all people! Probably been carrying on with him for months, too… her own brother-in-law. True, her sister Betty had been dead and buried for years, but he was her brother-in-law none-the-less… and she was a married woman to boot! Married to him! He wasn't going to let them get away with it. At the time, he had to submit to her demand for a divorce… what with Art having caught him with the kid and all… but shit, if they think they're going to live happily ever after, they've got another thought coming!

The last thought Nick spoke out loud and Rosalie who was still kneading the soft flesh of his back said, "Yes, Nick… I'm sure you'll take care of it…" She smiled falsely down at him in the dark, wondering when the worst part of his visit was going to start. She felt a little shiver go up her back at the thought of what he had made her do the last time… but still, she supposed it was better than working in some office… she couldn't even type! But one day she hoped to have enough of Nick's money saved up to leave Philadelphia for good. She planned to take an aptitude test and find out what she was best suited for. She blushed now angrily as she remembered having made the mistake of mentioning her desire to take such a test to Nick one day. His loud obnoxious laughter still rang in her ears… and his words…

"You're only good for one thing, honey… and that's this…" He'd lewdly waved his exposed penis in his hand and then dragged her down on the sofa with him.

"God, I hate you!" she thought, rubbing furiously.