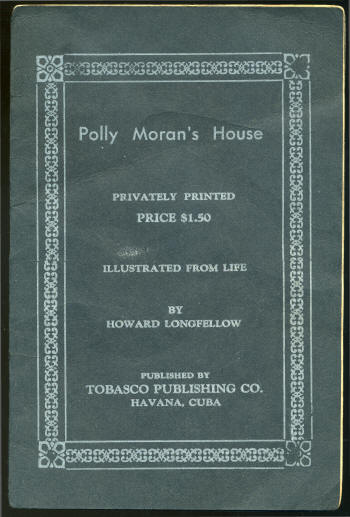 I was met at a country station by a springiest buggy drawn by a decrepit looking nag and driven by an ancient man who must have been eighty if a day.

"After another dusty journey of perhaps ten minutes we arrived at a village containing about thirty houses; on a hill beyond I saw what was to be my home, a large gray stone set of buidlings imposingly set upon the highest hill in the neighborhood.

"As we drew up to the gate it was opened by two nuns in habit and I had to descend at the gate and walk in, my baggage was taken by the nuns and the bugyg drove off. I was taken to the superior's office and m$t there a fine motherly old woman whom I liked at our first meeting, and who in my memory I still cherish. After the usual registry and questions, I was taken by a young novitiate and shown my room.

"I was informed that my room-mate a girl from Madrid, was not expected until the next day. My trunks and other baggage was in the room and my escort offered to help unpack and get things in order. I accepted her invitation and soon I was comfortably set in my new home. During the un1 packing this little nun asked me countless questions about America, and until I left I was held in awe by her and some of the other inmates, because I came from that great land across the sea.

"The next morning as I was preparing to go down to the garden, my room-mate arrived. She was accompanied by Sister Theresa (my escort of the day before) and very cordially greeted me at our introduction, her name was Nina Alvarez, and I was at once astounded by her beauty, she was of about the same height as I but a bit heavier in build, a very sweet face and a handsome figure, and her age sixteen.

"Her bagagge was not long behand her and at the Sister's offer to help her unpack she thanked her and declined her offer. As she left she told me with a knowing smile, she had too many intimate possessions that she did not want everyone to see and she hoped that I was of a discreet mind because If I was not sure she would have a hard time in the future.

"I was delighted by her frankness and I promised that I never bothered things that did not concern me. She seemed to like this answer, for she gently kissed me. She then said that for th operation, she must be comfortable, she locked the door and took off her clothing to her drawers and chemise and began her unpacking.

"I helped as much as I could and was hanging some of her dressed in a closet, when she called my attention to a box she held and said, "Well dear, here is our husband for our stay here." As she said this she laughed.

"I told her I did not understand her, and at this she seemed surprised and handing me the box told me to open it and examine the contents, I did so and reposing in the box was an exact replica of the male generative organs. I was surprised and she seeing the look on my face asked me if I never saw a dildoe before, I told her I had not and she told me that if I were willing she would soon show me what it was and its use.

"She had also a collection of pamphlets and pictures, such as Gerald had, and seeing all of this thrown into the company of a very salacious girl and far beyond her age in sex knowledge, as I soon discovered.

"There was only one double bed in the room, so that meant we would sleep together. As soon as she got into bed, she started talk of amorous escspades she had had, she coaxed me to tell mine and I related my only sexual experience I have ever had. She hugged me to her and told me she was glad L was not a prude as she had feared.

"We got on with our studies nicely, and at night, as the feeling moved us we indulged in some excitement with Nina's machine, I must tell you of the first time she used it on me.

"We both had been looking at the pictures and books and it was not long before we were both ready; Nina cried out, 'I must have my husband tonight, would you like some soothing stiffness for your little cunt my dear?"