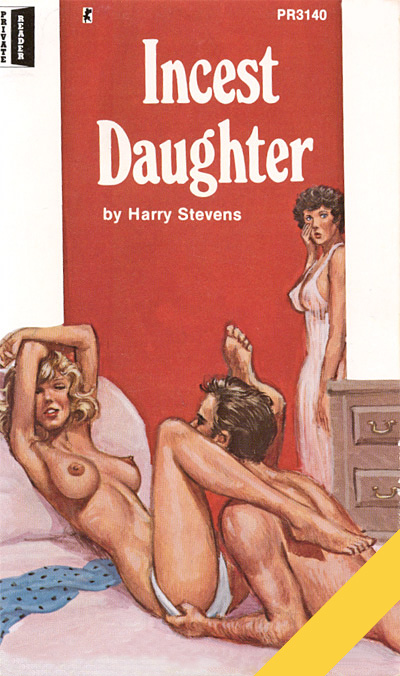 Vicki Wallace stared at Duke Morrison's stiff cock. Even in the semi-darkness the view was perfect. Duke's prick was throbbing in her face.

Vicki shifted her shoulders against the car door. But it was wasted energy because she couldn't really move. Duke had her trapped. It was clear he wasn't going to let her off the hook until he fucked her in the mouth.

There was no use fighting him, Vicki realized. She knew she had asked for this. Duke Morrison bragged to everybody that he only dated girls who put out. When she had flirted with him at school and all but dared him to ask her out, she had guaranteed that Duke would put the make on her.

If only, Vicki thought, she could cool things down a little. There was nothing wrong with Duke's cock in itself. She wouldn't mind sucking it at all. It was just that she didn't care to be mouth-raped.

"Listen, Duke," Vicki spoke up, "why don't you take it easy? I'll eat your prick. Right down to your balls. But I take pride in what I do. When I suck a guy's cock, I like to take my time and get things right."

"Forget it. All that fancy sucking and licking takes too much time," Duke sneered. "I don't want just some crummy blow-job. Goddamn it, I wanna fuck some mouth!"

"Oh, you'll be fucking my mouth soon enough," Vicki purred. "And I'll be digging it. It's just that my lips and tongued like to get to know your sweet cock before I deep-throat it. C'mon, Duke, let me do my thing."

"Never little cunt," he said between gulps of laughter. "You honestly think that Duke Morrison lets any chick tell him what to do?"