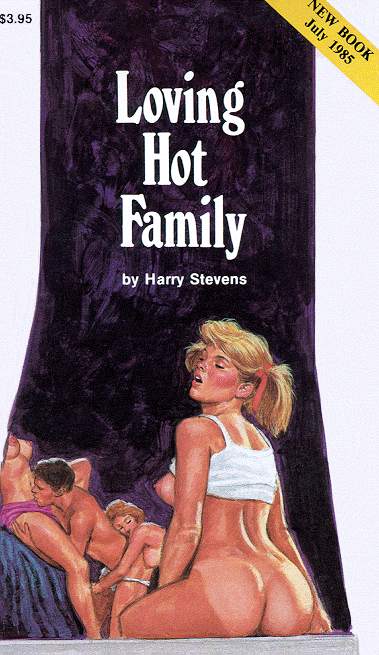 After her parents were divorced, Amy Winslow just naturally expected that it wouldn't be long before her mother started dating again. But it had never happened and it was three years later now.

"I just can't understand it," Amy said to herself when she thought about it. "Mom's real nice looking. Looks almost young enough to be my own sister. A lot of guys should want to take her out."

It was late. Amy was sitting up in bed after finishing a book that reminded her of her mother.

"I mean, Uncle Thad's a nice guy and all, but why Mom spends so much time with her own brother rather than going out with other men beats me," Amy sighed. "Even if she doesn't want to get married again, I wouldn't blame her if she went to bed with somebody once in a while. She must need sex."

Amy's mother was out with Thad again tonight. They were always doing that, especially since they'd both gotten divorced around the same time. Out to dinner, concerts, shows, four or five times a month they were off together.

"Same goes for Uncle Thad as for Mom," Amy reasoned. "I've seen the way women look at him. He could have his pick. So why is he spending all his time with his own sister? I can't figure it out!"

Oh, well, Amy decided, it was really none of her business. And she had to admit that since the divorce her mom had seemed a whole lot happier.

"Besides, I've got my own problems," Amy then sighed. "A senior in high school and I'm still a virgin. Doesn't look like I'll ever find the right boy to take my cherry."

She yearned for her first cuntful of cock, but Amy still wasn't desperate enough to just spread her legs for anybody. How long she'd be able to hold out, though, she couldn't be sure. Sometimes she was tempted to just go up to the first guy she saw on the street and proposition him. In the meantime, however…