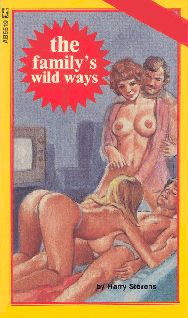 "Mmmmm, look at you," Mitzi Morgan lovingly sighed. "Just look at you. You have such beautiful, blonde curly hair. And underneath that you're so pink."

Mitzi was holding a mirror between her spread legs. She was speaking directly to her own cunt.

"Yes," she murmured. "And soooo juicy!" She rubbed her pussy, listening to it squish aloud. Spasms of pleasure rippled through her loins.

Mitzi probed between her pussy lips into her moist gash. She began rhythmically fingerfucking herself.

"Ooooh, maybe Mr. Right hasn't shown up yet to stick his big, hard click in you," she teased. "But you don't seem to be complaining, now do you?"

Mitzi was well practiced at playing with herself, spending some special time alone with just her cunt at least twice a week. Sometimes her fingerfucking would be slow and tantalizing, as she gradually worked up to a single shuddering climax. Then, on other occasions, she would almost attack the sweet spot between her legs, seeing how many times she could come before she was orgasmically exhausted.

"God, I've got so much in my pussy now," Mitzi swooned. "More than the biggest, hardest cock. Here I cummmmm!"