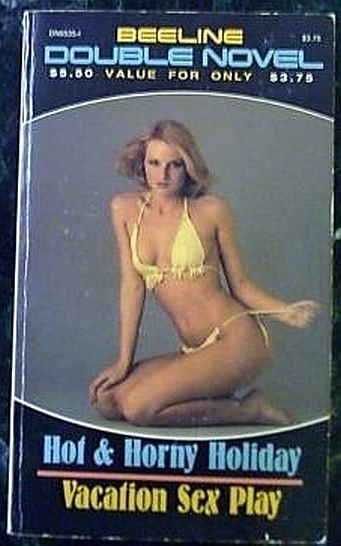 Hank Fisher sat cross-legged like a Punjab on the bed. He squinted his eyes into little slits, trying to match the slits in the venetian blinds on the window to the left of him in the hotel room. A brilliant glare of flashing neon's sparked gaudily in and out of the room like a giant, pulsing, Technicolor firefly, winking and blinking in its incessant intrusion into the privacy of the darkened room.

On and off, in and out. Each flash illuminated the room in a split second of multicolored grotesqueness. Why, thought Hank to himself, do all hotel rooms look ugly regardless of price?

In truth the room wasn't ugly. It was standard, or a cut above standard, hotel fare. Wall-to-wall carpeting was keyed to the dominant color in the chic, striped, woven drapes, drapes which Hank hadn't bothered to close. Now he quietly chided himself because he hadn't taken the time to do so. At least it would have softened the neon glare from that sign whatever it was, across the street.

He sighed, looked around at the dub chairs, desk and chest of drawers along the wall at the end of the bed, and the mirror above it. A flash of flesh in the mirror suddenly snapped his mind back to the business at hand. He looked down between his legs and focused his attention on a bobbing head of black hair. It belonged to the young thing who was valiantly trying to suck him off.

Up and down her head bobbed in tireless rhythm. As she bobbed up and down, her mouth sliding up and down on his prick, she moved her head in various directions in contrapointal harmony to the sucking. Ugh! Hank thought. Her head looks like a huge hairball bouncing in the breeze.

As, good as the experienced little mouth and tongue were at working over his prick, there was little response from Hank's organ. At most, he figured, he had half a hard-on. But the dark-haired young girl, who knelt naked before him on the bed, didn't seem to mind. She just kept up her ceaseless sucking and licking, licking and sucking. The dead silence of the room was broken now and then by slurping suction noises as she worked away.

Why should the little bitch care? Hank thought to himself bitterly. Why should she care how long it takes? I'm paying for her time. I'm paying for this blow job, and she'll suck me off if it takes all night!

Every time he said the word "pay" to himself, Hank physically flinched. That was the crux of this lousy evening. He had to pay for it! He had to pay this professional little whore. He wanted sex and tonight for the first time in his whole life, he had to pay for it! Was it any wonder he was having a hard time getting it up? Handsome Hank, the man women used to swoon over, used to fight among themselves over. Handsome Hank has come to the point where he has to pay for pussy. The thought and realization of all of the implications almost made him physically ill. Had he lost his manhood? Had he lost his physical attraction to women. Had he lost his virility?

Hank looked up and looked at himself in the mirror. He studied himself each time the flashing neon light from across the street illuminated the room. Sure, he was thirty-eight, but his ruggedly handsome face looked younger — especially since he had gotten the hairpiece. It was a good-looking hairpiece, and not cheap. It fringed his face in steel grey, similar to the way Richard Burton had worn his hair in one of those Roman movies about Caesar.

He looked at his shoulders. They were wide, and his chest was still well molded, covered with an adequate amount of manly hair. His body was tanned and only had the hint of flab, not the reality of it.