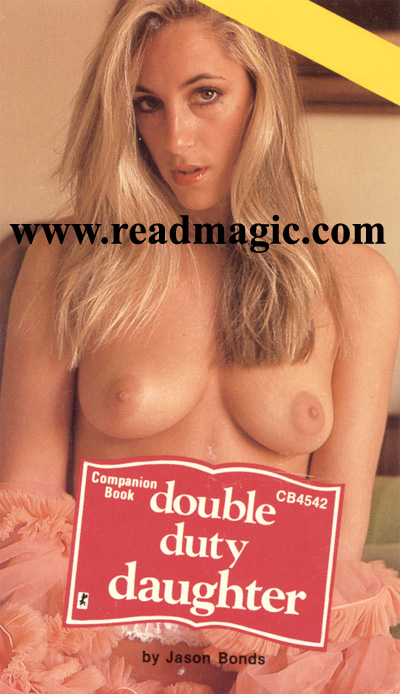 Linda Newman, clad in nothing but a sheer black negligee, puttered about at her vanity table, nervously watching her husband in the mirror. Tom was sprawled naked on the bed, idly fondling his partially hard cock while he watched his lovely wife brushing her wavy blonde hair.

It was obvious that he wanted to fuck.

Linda sighed in exasperation, wishing this had been one of Tom's nights to just peck her on the cheek and go directly to sleep. She loved to fuck with her darkly handsome husband, but tonight she had foolishly promised her pussy to both of their young sons.

Each boy had discreetly approached her after dinner, neither of the naive youths realizing she was fucking the other one regularly, as well.

Linda brushed her hair far longer than usual, glancing demurely at her husband's naked body in the mirror while she considered the situation. She had never fucked either of the boys while other members of the family were in the house, and she knew it would be risky. But she figured she could invent some excuse to stay up after she got Tom off, then sneak into the boy's rooms, one at a time, and have some fun with their stiff young pricks.

Tom Newman, who had no inkling of his wife's incestuous activities with their sons, lay on the bed stroking his hard-on, vainly imagine big that his was the only cock that ever got inside his pretty wife's pussy.

He had the self-confidence of a successful man, because he owned a thriving auto dealership and had provided well for his family. Tom was thirty-eight and Linda was a couple of years younger, and they lived in a ranch-style house in the suburbs with their three children. Jay, the oldest boy, then there was Gloria, their only daughter, and Danny, the youngest boy.

To all outward appearances, the Newmans were a rather typical upwardly mobile American family – not the kind of people who might be the subject of neighborhood gossip. They fairly reeked of respectability.

But – unknown to her husband or the neighbors – Linda Newman was a woman whose wanton depravity knew no bounds. She had been sucking and fucking with her sons ever since they were old enough to fuck, and she had been considering lapping her daughter's sweet young pussy.