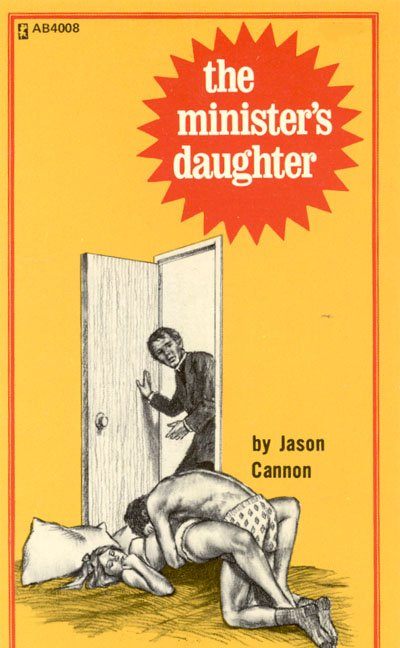 It was the summer of her eighteenth year when Midge decided she was not happy with herself, her family, or her life. All around her she saw the evidence of success, wealth and the good life. She wasn't exactly sure of what it was she did want, but she knew it wasn't what she had or what posed in the future for her.

The good Reverend Sommers, her father, an itinerant minister without a church, called her schoolmates "Sons and daughters of the devil", and the multitude of material things they owned "playthings of Satan".

He had turned his wife, Midge's mother, into a babbling workhorse who provided most of the family's meager income while resigning herself to the fact that some day she would die and all would be better on the other side.

Midge didn't agree with this but she didn't know why. She also couldn't understand her father and her sister's attitude toward her. Her father would berate her and, sometimes, beat her when he caught her in clothes that he said made her look like a whore. Her sister would always side with her father on these occasions. It didn't dawn on Midge that the stares she received from her brother-in-law, Bill, could be the reason her sister seemed to hate her so much. They were just like the stares from the boys at school, the men on the street, and sometimes from her father.

Midge failed to recognize the difference between herself and other girls. She also paid no attention to the narrow hips, flat chest or sunken buttocks of her sister, as opposed to her own body. But a difference there was. She was matured, a full-titted, wide-hipped, sensual female animal.

She sensed the uncomfortable stirrings in her body when people, particularly men, touched her. But her mind had been so trained by her father's rantings about the sins of the body and sex in general that each time they occurred it frightened her rather than excited her.

It was an unbearable day. Another hot day in a long line of days during a sweltering summer. Since her mother, father, and sister, Beverly, had gone to a tent meeting that Sunday afternoon, Midge lounged around the house in only her panties.

She was upstairs reading and listening to music when she heard the back door open. "Who is it?" she said, reaching for her robe.