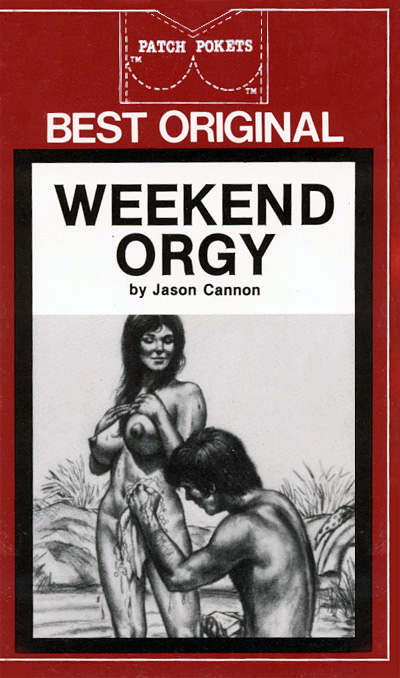 Allison Dare closed her eyes as he gathered her lush body into his arms and kissed her insistently. She felt his tongue search her throat as it darted in and out between her full lips like the driving tongue of a lusting snake.

"Oh, baby… baby, sweet baby," he moaned, his hands running up and down her smooth back, now and then cupping the roundness of her full, fleshy butt-cheeks with his fingers.

She answered his kiss with her own darting tongue and pulled her head back slightly. He came after her and kissed her again. She surrendered to him and again she closed her eyes. She tried to remember what he looked like. She couldn't. But it made no difference. He had a huge, thick prick. She knew this because she had just felt it in the bar twenty minutes before. Her hand had run up his thigh and played with it until it was rock-hard. When she was pleased with its size, width and length, she again started listening to his conversation. If she hadn't been pleased with his cock, she would have told him to get lost.

"You… uh… just what would you like to do tonight, baby?" he asked.

"I'd like to go around the corner to my apartment and fuck your brains out."

As soon as he had gained his tongue back and his strength, they had left the bar. They walked around the corner and down Eighty-fourth Street until they reached her brownstone. He had played with her tits all the way up the four flights to her apartment door. The second the door clicked behind them he had grabbed her and started kissing her.

She didn't mind. She didn't care. Sex was what she had brought him up there for, and kissing was the beginning for sex.

Allison was hot… hot as hell. She felt his fingers roaming at will over her tits and ass. His thick hard-on pushed like a probe against her cloth-covered belly.

As he started working the zipper down on her dress, she thought of asking his name. But she didn't bother. It didn't really matter; his cock had a name. Cock – and that was all she really cared about. She even forgot what he had said he liked to do sexually as his hand hit the wet gash of her cunt through her quickly waking panties.