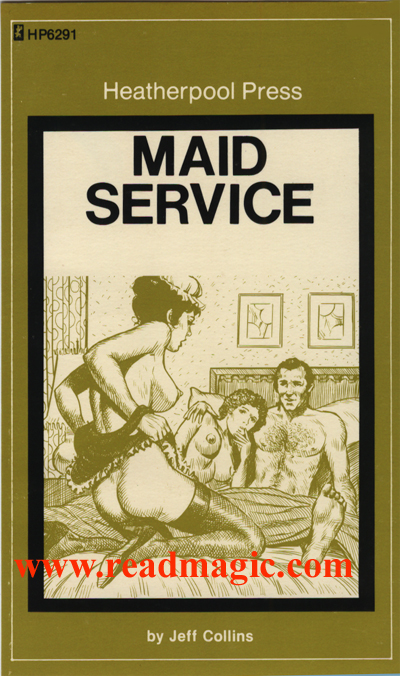 "Oh, darling, what a good fuck! What a beautiful fuck!"

Reed Caine slowly pulled his enormous dick from between his still-groaning wife's legs. As the head pulled free of her hungrily clinging cuntlips, Caine realized he was fully prepared to fuck the voluptuous, young Mexican girl without waiting to regain his full hardness.

After all, this would be the last night that he and his wife would get to enjoy the charms of Maria's beautiful, olive-skinned body.. She would be returning to Mexico City the following morning.

But that was as it should be. He and Mona had agreed that they should only keep their foreign "maids" a year before sending them back.

The hiring of young girls as maids and using their bodies for a year had been a stroke of genius on Mona's part. They had both grown tired of the wife-swapping and social sex clubs where most of the men were laded and the women equally bored with sex.

Mona had suggested that they hire girls from abroad. It had worked beautifully, and Maria was their third girl. Caine looked from Maria's gently writhing, waiting-to-be-fucked body to his wife.

He rolled carefully off Mona's body, his prick protruding rigidly up in front of him, the sleek, wet shaft pulsating gently.

Mona murmured drowsily. Her sexual exercise had completely satiated her, and she lay with her head turned sideways on the pillow, breathing deeply, her legs spread wide apart as he had left them.

The girl's left tit was still held loosely in Mona's hand, and she stared steadily back at Caine, her passion-filled eyes full of lust.