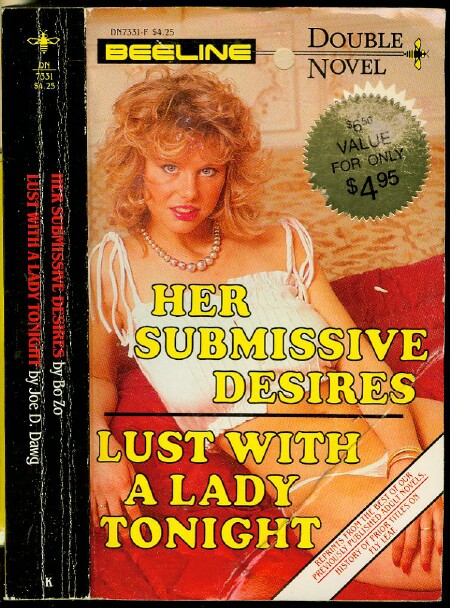 Lust with a Lady tonight

Lust with a Lady tonight

The huge, old Victorian house was as calm and serene, on the outside, as it had been when it was first constructed in 1891.

Inside, every room was a zoo of writhing, naked bodies.

There was one huge room where most of the action was taking place. In the original plan, the room had been a den, a living room and a solarium, all in one, that looked out over San Francisco Bay. Now it was one big, dimly-lit area with heavy carpeting, low furniture and lots of pillows. This facilitated fucking on the floor… and that was what most of the twenty or so naked bodies were doing.

At one end, there was a wall-to-wall bar. Behind the bar stood the owner of the house, Cody Ferrain. He was fully dressed in an expensively cut dinner jacket, a red cravat and dark, stylish trousers.

In one hand he swirled a glass of brandy. In the other he held a dark, pencil-thin cigar, the smoke from its tip curling up to form a screen over his normally cold, emotionless eyes.

His eyes were alive as they tirelessly roamed over the scene. In one corner a beautiful woman lay on her back with her kicking legs thrust high in the air. Her thighs were wrapped around the hips of a young, good-looking stud who was driving his cock into her cunt with all the force in his ass. Just in front of his face was the ass and swinging balls of a second young man. He was fucking his cock down into the woman's mouth while the stud behind him drove his tongue into his ass.

Across from them, a redhead with huge, melon-like tits was wildly bouncing her cunt up and down over a man's prick while she sucked the cock of another man who stood in front of her.

Just beside them, two girls were wildly eating each other's cunts while a man ground his dick up one girl's asshole.

A scream of pain brought Cody Ferrain's attention to a poof in the center of the room. Emilio Vargas, a dark muscular youth, one of the regulars at Cody's, was inching his cock up a young girl's ass.

For the first time that evening, Cody's thin lips broke into a smile. The girl was obviously in excruciating pain. And why shouldn't she be? Emilio was one in a million – he had a fourteen inch long cock, and its girth was every bit as frightening as its length.