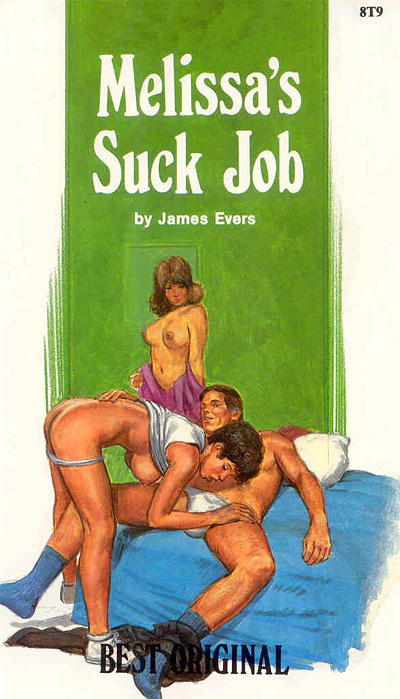 "Oh, God… God! Give me your cock! I want to feel that giant prick inside me! PLEASE!"

Melissa's voice faintly echoed off the lifeless hotel walls. The near-setting sun filled the room with a vivid orange glow that seemed to ignore the sterility of the hotel's typically tasteful furniture, and gratefully envelop the two sweat-soaked bodies.

He placed the blood-engorged tip of his erect prick at the outer lip of her anxiously awaiting cunt, and rubbed its fullness up and down her gushing cunt-lips, with an occasional teasing jab at the hard knob of her clit.

"Tell me how much you want it," he said, taunting her. "Tell me how beautiful it is, bitch."

"It's gorgeous!" she cried. "It's the most beautiful cock I've ever seen, tasted, touched anything! Please let me feel it. I need it, now. Fuck me with that iron-hard beauty!"

The words poured out in a steady stream, broken only by an occasional moan, as his poised prick would jab again and again at her starving clit, sending shocks of promised pleasure through her writhing begging body.

"I don't think you're ready yet," he sneered, his eyes glowing from the thrill of his little game. "You're going to have to want it worse than that before I'll give it to you."

This was not the same man she had met two hours ago, but this did not surprise Melissa Dansin.

At that point, he was merely a hotel clerk handing her forms to fill out. A slim, gangling man, somewhat lost in his neatly pressed suit, desperately frying to hide behind his rimless glasses. In spite of himself, his nervousness, and inability to handle even the basics of his job, he completely exposed the fantasy her sensual presence had created in his mind.

This pleased her. She liked him, and she knew that any man whose fantasy suddenly becomes a reality will fuck twice as hard. It only took seconds, from the time she called down for him to appear at her door, his arms loaded down with books and brochures he had hoped would help her find her way around ton.