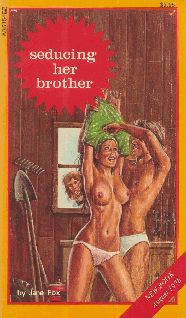 "George! For heaven's sake!" Wilma Maxwell gasped as her husband suddenly reached for her hand and pressed it hard against his stiff cock. She looked around the gigantic cabin of the plane and then she giggled in relief as she noticed that most of the other passengers on this Trans-Atlantic flight were asleep.

"Now, honey… behave yourself!" Wilma managed to say sternly but there was a twinkle in her eye. "I don't think they let you do things like this on planes. You'll just have to wait until we land and get to the hotel."

"Aw, come on, Wilma," George chuckled. "I've always wanted to fuck on a plane. All these people are asleep and the stews are in back taking a break. No one'll ever know the difference."

Wilma looked around again and then her slight frown turned into a smile. What George said was true but she really didn't want to make a spectacle of herself. It would be fun to do something right under everyone's noses though. The thought of doing something that daring made Wilma's body tingle with excitement and there was a heated rush of cream that flooded her shivering cunt as she thought about telling her friends back home what they'd done. Of course fucking would be impossible in these cramped little seats but there were other enjoyable things one could do if one were horny.

George watched with amusement as Wilma rang the buzzer for the stewardess. Then he grinned openly as Wilma politely asked the smiling young girl for a couple of blankets. Now he knew what Wilma's idea was, and he chuckled as she draped the blankets over them and then turned to wink at him.

"Unzip your pants," she whispered. "And give me your handkerchief. This is going to be a blast!"

George reached over and ran his fingers over his wife's long, smooth legs. She sure had a nice body for a woman of thirty-six. Her legs were warm and the crotchband of her panties was definitely damp. Wilma wasn't just humoring him. She was just as hot as he was.

"Mmmmmmm," Wilma moaned, lifting her hips a little so George could slide her panties off under the blanket. "We'll have to remember to be quiet. We'd be in bad shape if they kicked us off the plane right in the middle of the ocean."