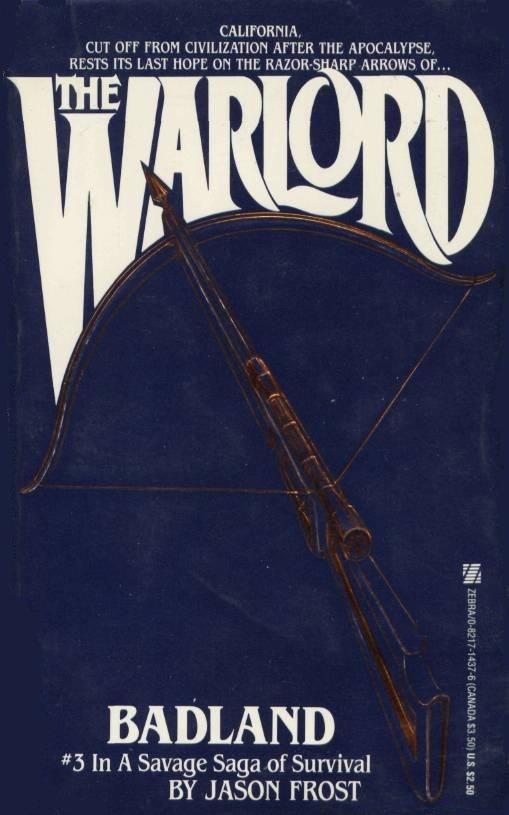 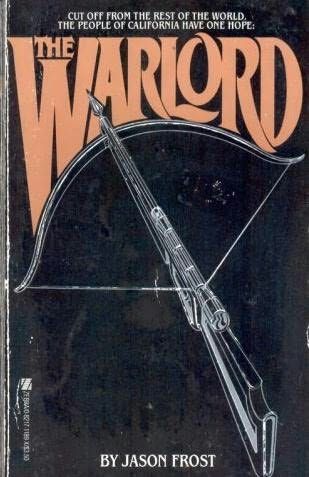 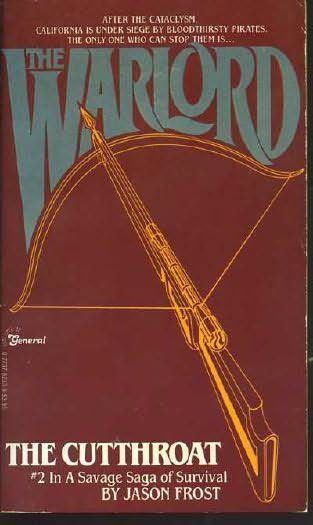 At Grave’s End
Some things won't stay buried… at grave's end It should be the best time of half-vampire Cat Crawfield's life. With her undead lover Bones at her side, she's successfully protected mortals from the rogue undead. But though Cat's worn disguise after disguise to keep her true identity a secret from the brazen bloodsuckers, her cover's finally been blown, placing her in terrible danger. As if that wasn't enough, a woman from Bones's past is determined to bury him once and for all. Caught in the crosshairs of a vengeful vamp, yet determined to help Bones stop a lethal magic from being unleashed, Cat's about to learn the true meaning of bad blood. And the tricks she's learned as a special agent won't help her. She will need to fully embrace her vampire instincts in order to save herself – and Bones – from a fate worse than the grave. 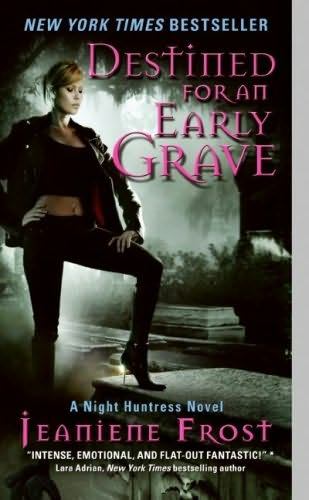 Destined for an Early Grave

Destined for an Early Grave
Her deadly dreams leave her in grave danger Since half-vampire Cat Crawfield and her undead lover Bones met six years ago, they've fought against the rogue undead, battled a vengeful Master vampire, and pledged their devotion with a blood bond. Now it's time for a vacation. But their hopes for a perfect Paris holiday are dashed when Cat awakes one night in terror. She's having visions of a vampire named Gregor who's more powerful than Bones and has ties to her past that even Cat herself didn't know about. Gregor believes Cat is his and he won't stop until he has her. As the battle begins between the vamp who haunts her nightmares and the one who holds her heart, only Cat can break Gregor's hold over her. She'll need all the power she can summon in order to bring down the baddest bloodsucker she's ever faced... even if getting that power will result in an early grave. 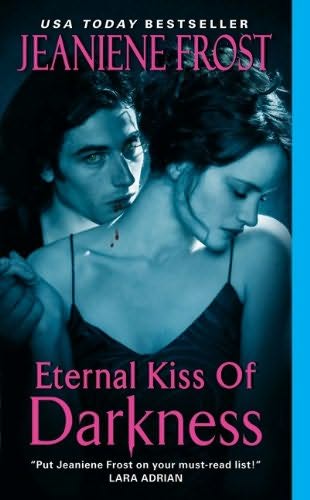 Eternal Kiss of Darkness
An immortal war has been brewing in the darkness...and now one woman has stumbled into the shadows. Chicago private investigator Kira Graceling should have just kept on walking. But her sense of duty refused to let her ignore the moans of pain coming from inside a warehouse just before dawn. Suddenly she finds herself in a world she's only imagined in her worst nightmares. At the center is Mencheres, a breathtaking Master vampire who thought he'd seen it all. Then Kira appears — this fearless, beautiful....human who braved death to rescue him. Though her burns for her, keeping Kira in his world means risking her life. Yet sending her away is unthinkable. But with danger closing in, Mencheres must choose either the woman he craves, or embracing the darkest magic to defeat an enemy bent on his eternal destruction. 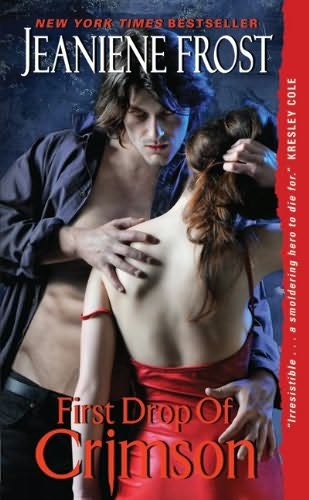 First Drop of Crimson
From the New York Times bestselling author of the Night Huntress series comes a breathtaking new journey to the dark side of desire. The night is not safe for mortals. Denise MacGregor knows all too well what lurks in the shadows — her best friend is half-vampire Cat Crawfield — and she has already lost more than the average human could bear. But her family's past is wrapped in secrets and shrouded in darkness — and a demon shapeshifter has marked Denise as prey. Now her survival depends on an immortal who lusts for a taste of her. He is Spade, a powerful, mysterious vampire who has walked the earth for centuries and is now duty-bound to protect this endangered, alluring human — even if it means destroying his own kind. Denise may arouse his deepest hungers, but Spade knows he must fight his urge to have her as they face the nightmare together… Because once the first crimson drop falls, they will both be lost. 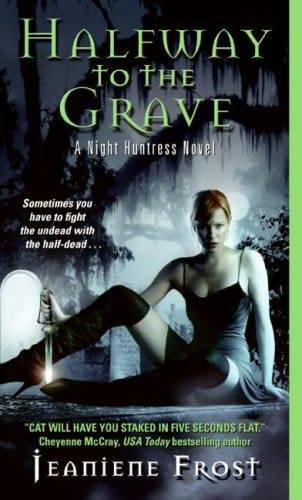 Halfway to the Grave

Halfway to the Grave
Half-vampire Catherine Crawfield is going after the undead with a vengeance, hoping that one of these deadbeats is her father-the one responsible for ruining her mother's life. Then she's captured by Bones, a vampire bounty hunter, and is forced into an unholy partnership. In exchange for finding her father, Cat agrees to train with the sexy night stalker until her battle reflexes are as sharp as his fangs. She's amazed she doesn't end up as his dinner-are there actually good vampires? Pretty soon Bones will have her convinced that being half-dead doesn't have to be all bad. But before she can enjoy her newfound status as kick-ass demon hunter, Cat and Bones are pursued by a group of killers. Now Cat will have to choose a side… and Bones is turning out to be as tempting as any man with a heartbeat. 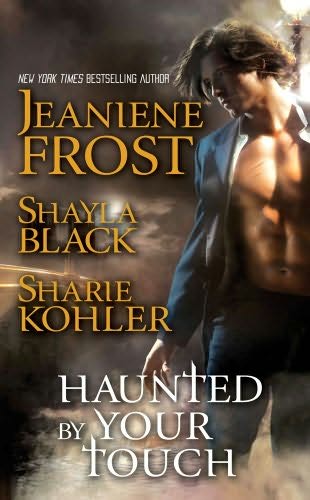 Haunted by Your Touch

Haunted by Your Touch
USA Today and New York Times bestselling author Jeaniene Frost seduces readers into a forbidden new world as she teams up with romance stars Shayla Black and Sharie Kohler for a sizzling collection of original novellas featuring fallen angels, anarchistic demons, warrior wizards, and irresistibly dangerous creatures of the night. Enter the dark realm of Nocturna in Jeaniene Frost's redhot tale, where blisteringly sexy Raphael dominates the demons of a lawless dimension and tries to help a beautiful young woman avenge her cousin's disappearance. In the shadowy world of Shayla Black's Doomsday Brethren, magical warrior Raiden vows to protect his woman and their unborn youngling from evil — and deliver her safely to another man. But once he's saved her, can he let her go? Lycans rule the night in Sharie Kohler's suspenseful story, as a fiery woman stalks mysterious Luc, the undeniably hypnotic being she believes can save her from turning . . . if she kills him. Danger beckons in these captivating paranormal tales that will tempt readers to the edge and leave them begging for more. 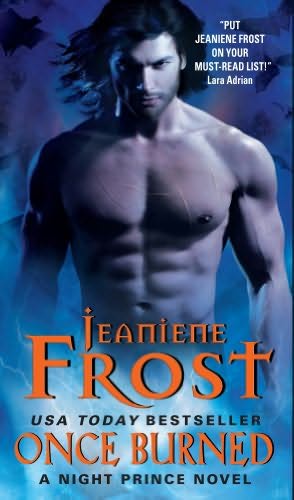 Once Burned
After a tragic accident scarred her body and destroyed her dreams, Leila never imagined that the worst was still to come: terrifying powers that let her channel electricity and learn a person's darkest secrets through a single touch. Leila is doomed to a life of solitude...until creatures of the night kidnap her, forcing her to reach out with a telepathic distress call to the world's most infamous vampire... Vlad Tepesh inspired the greatest vampire legend of all—but whatever you do, don't call him Dracula. Vlad's ability to control fire makes him one of the most feared vampires in existence, but his enemies have found a new weapon against him—a beautiful mortal with powers to match his own. When Vlad and Leila meet, however, passion ignites between them, threatening to consume them both. It will take everything that they are to stop an enemy intent on bringing them down in flames. 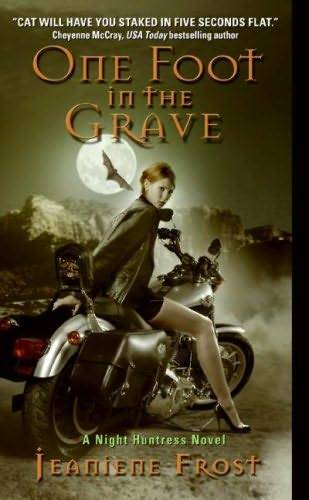 One Foot in the Grave

One Foot in the Grave
You can run from the grave, but you can't hide… Half-vampire Cat Crawfield is now Special Agent Cat Crawfield, working for the government to rid the world of the rogue undead. She's still using everything Bones, her sexy and dangerous ex, taught her, but when Cat is targeted for assassination, the only man who can help her is the vampire she left behind. Being around him awakens all her emotions, from the adrenaline kick of slaying vamps side by side to the reckless passion that consumed them. But a price on her head-wanted: dead or half-alive-means her survival depends on teaming up with Bones. And no matter how hard she tries to keep things professional between them, she'll find that desire lasts forever… and that Bones won't let her get away again. 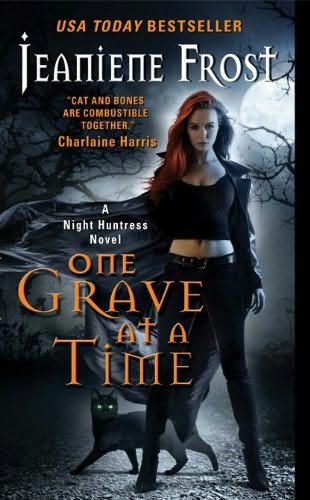 One Grave at a Time

One Grave at a Time
The grave is one wrong step away. Having narrowly averted an (under)world war, Cat Crawfield wants nothing more than a little downtime with her vampire husband, Bones. Unfortunately, her gift from New Orleans' voodoo queen just keeps on giving—leading to a personal favor that sends them into battle once again, this time against a villainous spirit. Centuries ago, Heinrich Kramer was a witch hunter. Now, every All Hallows Eve, he takes physical form to torture innocent women before burning them alive. This year, however, a determined Cat and Bones must risk all to send him back to the other side of eternity—forever. But how do you kill a killer who's already long dead? 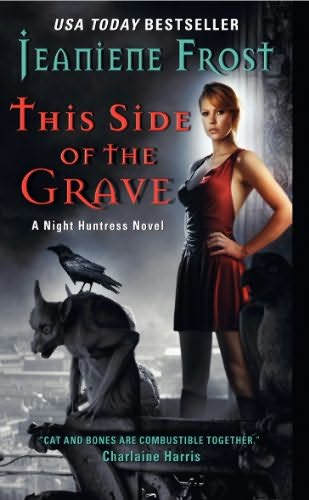 This Side of the Grave

This Side of the Grave
Danger waits on both sides of the grave. . . Half-vampire Cat Crawfield and her vampire husband Bones have fought for their lives, as well as for their relationship. But just when they've triumphed over the latest battle, Cat's new and unexpected abilities threaten to upset a long-standing balance. With the mysterious disappearance of vampires, rumors abound that a species war is brewing. A zealot is inciting tensions between the vampires and ghouls, and if these two powerful groups clash, innocent mortals could become collateral damage. Now Cat and Bones are forced to seek help from a dangerous ''ally''—the ghoul queen of New Orleans herself. But the price of her assistance may prove more treacherous than even the threat of a supernatural war—to say nothing of the repercussions Cat never imagined. 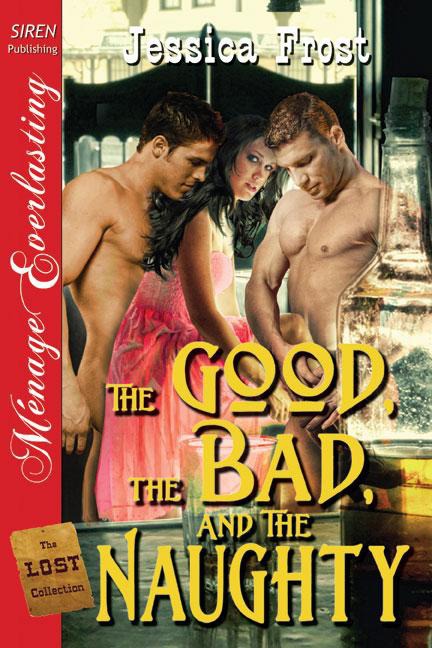 The Good, the Bad, and the Naughty

The Good, the Bad, and the Naughty
Texas Rangers James Sandford and Trevor Kent are on a secret mission. A range of robberies have been happening in Fort Smith, Arkansas. They believe it’s the notorious, sultry outlaw Isabelle LaRue who’s to blame. When they meet the gorgeous saloon singer Belle Samson, they think she’s the famous and ruthless outlaw in disguise. Belle Samson never expected things to get so complicated. Her plan was simple, hang out at Eden's Paradise and pretend to be a saloon singer. But when she meets two handsome, mysterious men at the saloon who don’t seem at all the simple cowboys they’re pretending to be, she figures she should keep a close eye on them. What she doesn’t realize is they planned the same thing. Soon the spies become the spied and when sexual tension rises to a climactic peak between these three, secrets are revealed that will put them all in danger.