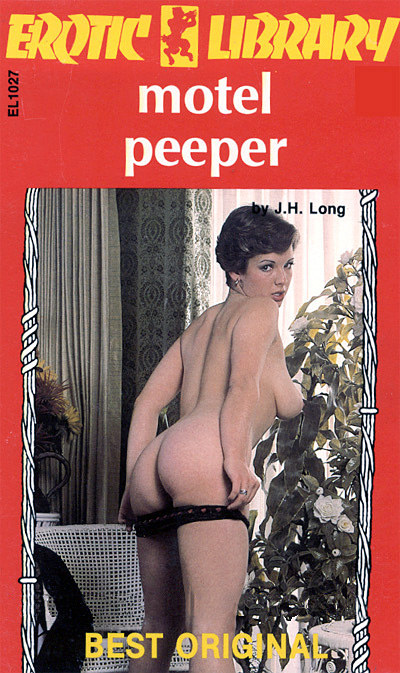 Hiram Shingles watched Wednesday Mallory getting ass-fucked for the fourth night in a row. He liked to watch Wednesday get ass-fucked; because ass-fucking was considered so perverted in the town of Tweedy, just as it was considered blase in Des Moines, and passable in Tucumcari and recreation in Sun City.

Yessireee, watching Wednesday Mallory getting ass-fucked was something special.

For one thing, Wednesday Mallory, like her asshole, was very sexy. She was one of the sexiest chicks in Tweedy. Everyone knew she reeked of sex because almost everyone in Tweedy had a nose and it was so easy to know when Wednesday had just passed them by on the streets or when she had been loitering on the corner of Baptist Avenue and Lutheran Boulevard because of the perfume she wore, if perfume can be worn, that is.

Nevertheless, the perfume she wore was something called Loins. Which came in a prick-shaped decanter bottle and had a spray attachment on the end. So that with one pinch of the testicle-like bulb, Wednesday could dab Loins behind her ears, on the pulsing parts of her neck, around the nipples, in the navel, on the clit, behind the knees and between the toes – just about any place that pulsated with passion on a woman's body, which usually was everywhere except the pupils.

But perfume was not the only device that Wednesday used to lure men into thinking she was an easy and cheap fuck.

For one thing she dressed differently than most secretaries in Tweedy.

She liked green, as in money, and her favorite dress was some green jobbie that clung to her tits and navel and loins like sticky cellophane.

The dress was short – at both ends.

The neckline ended at her navel. And the hem ended just a micrometer below her cunt-hair. The dress was not intended for church socials or for Halloween, or for nuns who wore drip-dry, lightweight summer habits. No, the dress was intended only for hot-cunt girls like Wednesday. In that sense, she was no different than the girls who work behind the counters at Longs, or the Avon lady, or the typical, average American housewife.