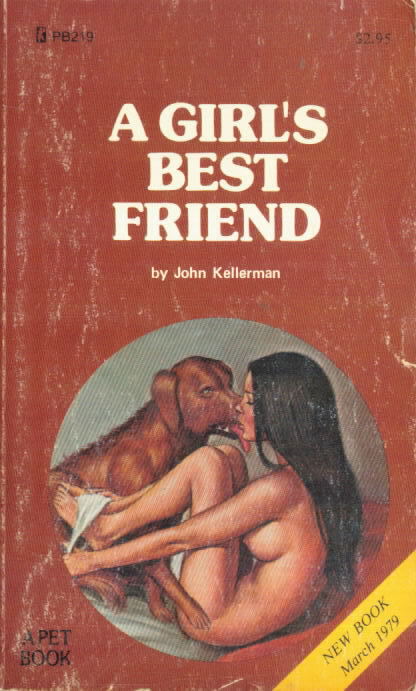 Katie Martin brushed the currycomb lovingly over the big Roan's withers. The great animal responded with a contented nodding and rearing of its noble head to the familiar touch of the striking young blue eyed, blonde girl. It was a task she enjoyed and she was displeased with herself for not having groomed him the day before, following her afternoon ride, but she had anticipated that Juan would do it. After all, he was the stableman. Besides, she'd been so taken up with her chance meeting of the boy who called himself Ron Carter that she hadn't quite known what she was doing.

She'd spotted him there leaning on the white rail-fence next to their private graveled road which led into the K-Bar-L some two miles from the main house, and had ridden over curiously to learn who he was and why he was there.

With her inseparable, shaggy Genghis bounding along behind them like some massive and ferocious attacking gray beast. Gallant Red rapidly closed the distance to where the stranger stood casually watching their approach, and she could see the late model Caddy parked on the shoulder of the road where he'd left it.

Seems to be about 17 or 18, she thought. Mmmm, and he's tall, broad-shouldered and lean too.

But it wasn't until she reined in that she realized he had a chiseled, handsome young face with almost insolent, dark sparkling eyes, and a lopsided smile that seemed to be grinning contemptuously at the world.

"Hi," he'd replied in kind, his gaze fixing impudently on her breasts, hesitating there momentarily before raising slowly to her face.

She'd felt the flush in her cheeks and brushed her long, straight blonde hair back over her shoulders habitually, while Gallant Red pranced in nervous circles and Genghis began to growl viciously. Certainly, she wasn't unused to male eyes first caressing her breasts before moving appraisingly over the rest of her 15-year-old body.