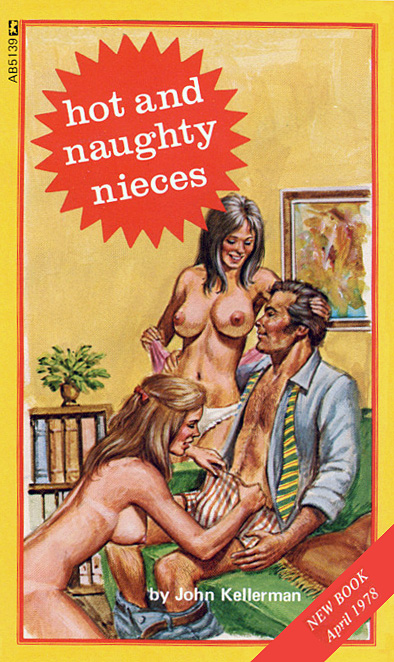 Annie was relieved when the sermon was over at last. She hadn't listened to a word of it. She'd been thinking of the odd dream she'd had early that morning. Just before her mother had awakened her. A dream that had become real as she'd struggled up out of the heavy sleep. And as the dream had become intermingled with the morning light streaming through her window Annie had experienced her first climax ever. She'd heard the girls at school whispering about such a thing for years. Now she knew what they meant. And it was more glorious and exciting than words could ever describe.

And as she'd sat on the hard pew and felt her cunt heat up she'd noticed Gil Blake in a pew across the aisle. He had smiled at her! Annie smiled back. Then they were walking out of the place together.

"Come on down to the basement," Gil said, grabbing her small hand. "I'll buy you a Coke."

"My mom'll be waiting for me. You know how my father is abou…" She stopped, embarrassed by the strict rules which she was forced to follow.

"Your mom will be grabbing out front for a little while," Gil said, pulling her towards the basement steps. "You've got time." Annie went with him to the recreation room. He lifted her onto the ping-pong table and went to punch some money into the Coke machine. Then he brought the bottle and put it in her hands. Annie didn't even have time to take a sip before Gil slipped a hand behind her head and pulled her lips against his. The kiss was like a charge of electricity. Her cunt seemed to expand against the dainty silk crotch of her panties and she knew that she was getting slick. She wiggled her hips as the kiss went on and on and on. She was breathless, panting through her nose when Gil finally let her go.

"Cause I wanted to." Gil took her in his arms and really kissed her this time. She felt his tongue teasing along her closed lips. Annie didn't know the first thing about kissing. But she opened her mouth slightly, letting his tongue sneak in.

"Mmmmm," she sighed, feeling the tingling excitement between the plump, pink lips of her pussy. It was the same kind of excitement she'd felt that morning when the dream had become so intense. Her breasts were glowing too, the nipples getting stiff against the cups of her training bra. She wasn't very big but lately her swells had begun to ache as they grew. And now with Gil kissing her like that she felt like she had the biggest tits in town.

"Ohhhhhh Gil, we shouldn't be doing this. What if someone came down?"