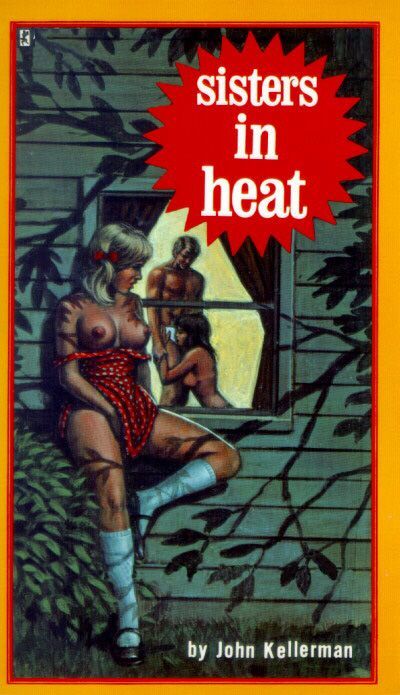 Robin smiled into the mirror, admiring her firm titties. She liked Saturdays. Liked this one too though something seemed to be missing. Stevie of course. He'd been gone a week now and though Mom and Dad had still not gotten over it, no one really talked about it. It was all so dumb. An argument over… what? Everyone had forgotten. But Steve had tossed all his things in his jeep and taken off. Robin knew where he was staying of course. A little apartment down by the river. Steve had made her promise not to tell the folks. He'd promised in return that she could come see him. This weekend!

Robin pulled a red T-shirt over her firm, small breasts and tucked it into her shorts. It was funny how a person got used to having someone around. Steve was a pretty neat brother. Weekends had always been a special time for her to fool around with her big brother. Steve had taught her a lot about auto-mechanics and she'd loved being able to do something that even a lot of boys couldn't cut. She could do a tune-up on the jeep easy now. Change a tire.

Steve was twenty-one, three years older than Robin. But Robin never felt like he pulled his age on her. He treated her as an equal. Though his friends generally didn't. Their looks embarrassed her sometimes. And she always made a defense by acting tomboyish.

She tied her tennies and went down the hall to the dining room. Her sister Marcia was brooding over a grapefruit, winding a strand of silky, brown hair around a forefinger. Marcia was just about to turn twenty-one. She'd been to college a few years and quit and come home. She'd tried a couple of secretarial jobs, quit and come home. She dated sometimes, but not much of late. Robin had never been too close to her, but lately they were practically like beings from two different planets.

"Hi, Marcia." Marcia was really a knockout. Even in the morning with a robe on she looked sexy.

"You look like you're going to a motorcycle race." Robin poured herself a glass of orange juice. She looked pleasantly across at her sis. She didn't mind Marcia's kidding.

"Nope." She finished the juice and found a half piece of toast. She felt Marcia's look.

"When are you going to start dating, Robin? I mean, don't you think it's about time you started to learn about men."

"I'm not so dumb about men." Robin chewed the toast.

"Yeah, I know," Marcia went on, "you fight with them and race them and all that kind of stuff."