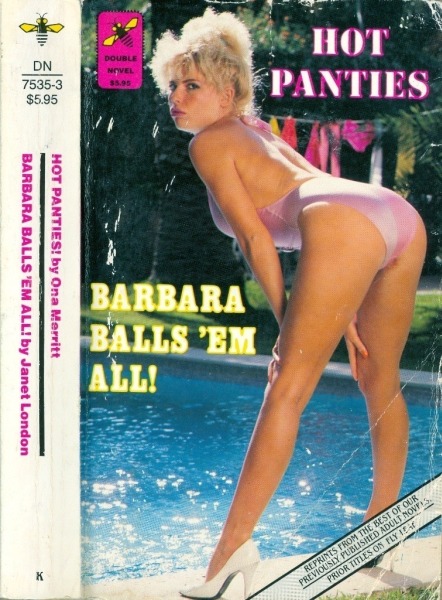 Barbara balls them all!

Barbara balls them all!

He slid down to run his lips over the warm flesh of her flat tummy. He munched at her, teasing and tickling with his tongue, then kissed up and down one quivering thigh as she spread her legs for him, moaning and begging for him to lick her vulva. He did, but only for one passion-blinding moment. Barbara strained up to him, trying to coax his tongue inside her, but the chance was gone, as he mounted her bucking, squirming body. He guided his prong just slightly into her moist pussy, and every nerve in her lovely body throbbed in anticipation of what was to come. He was tormenting her, rubbing the thick meaty glands around the wet edges, touching her clit once, twice.

The young man tried his best to answer his lover's frantic wishes, but he was having a hard time considering the position they were in. There wasn't much room on the floor of her dormitory room, with all the books and clothes and other assorted junk that Barbara and her roommate scattered around. So Tommy tried to get her up on the bed.

"Here, baby," he said, yanking his hard cock out of her slippery pussy. "Let's get all our clothes off and fuck up here. Okay?"

"No!" Barbara wailed. "I want it now, right here! Put your cock back in me, Tommy Bradshaw! I mean it!"

"No way," Tommy said. "I can't fuck you with this damn typewriter case bashing me in the head. Don't you ever clean this place up? If you weren't so good in bed, I don't think I'd even bother stopping by this pig pen."

Barbara wasn't listening to him. While he kneeled between her legs, his prick twitching above her, she clawed at his legs.

The young man stood up and began shucking off his clothes. It felt much better to be naked. They had charged into the room earlier so fast and so sexually excited they hadn't bothered to undress completely. Tommy plugged Barbara with his cock as soon as he unzipped his pants, and fucking her with his prick chafing against the ragged edges of his fly got tiresome after a while.

"Okay, honey, now it's your turn," he commanded. "Get those rags off and get into bed. We're gonna fuck for real in a minute, if you'll cooperate."