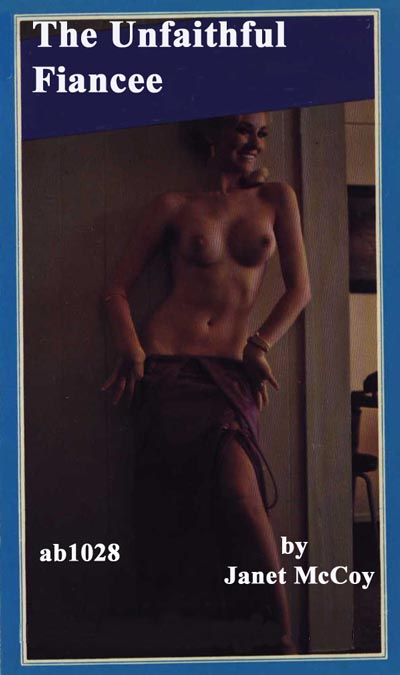 In fact, each succeeding time seemed even-better than the one before. The whole history of their sex life had been like one building orgasm. Neither of them had the slightest idea where it all would end, and frankly, they didn't give a damn.

"Oh God, Dan… screw me harder! Shove that big cock of yours deeper inside my pussy! Uuuuuuhhh, I love it… I love it!"

They had planned to go to a jazz club that night. The place was usually jam-packed, but Dan had managed to wangle a couple of tickets from a friend who had other plans for the evening.

When she had greeted him at the door, Sue was all dressed. She wore a tight-fitting white top that swooped down off one shoulder over the halfexposed swell of the opposite tit. Her skirt was skin-tight, highlighting every curve of her well shaped ass. Dan could not resist a grab as she led him into the living room of her apartment.

She giggled and turned around to face him, hands on hips, her blonde hair bouncing onto her shoulders. "Just what do you think you're doing!" she demanded sassily.

"Pinching your ass, beautiful! Just what the hell do you expect me to do when you come to the door looking like that? You're not going out in public that way, are you?"

He was teasing her, but there was a nervous strain of truth in his mock-anxiety. It seemed almost too good to be true sometimes, that he should have such a good-looking woman all to himself. He wished she would not dress in quite such provocative clothes. He could not stand the thought of losing her to some fast-talking Romeo with a smoother pitch than his own.

Not that Sue acted like a woman interested in other men; she always appeared to have eyes only for him. She always responded wantonly and wholeheartedly to his amorous play.

"Sure, I'm going out like this!" she told him, and she pulled her skirt up over the twin globes of her ass to give him a better view of her costume. She wore only pantyhose underneath. The sight of her smooth-fleshed ass-checks under their thin lewd covering made Dan's cock jerk hungrily in his pants.