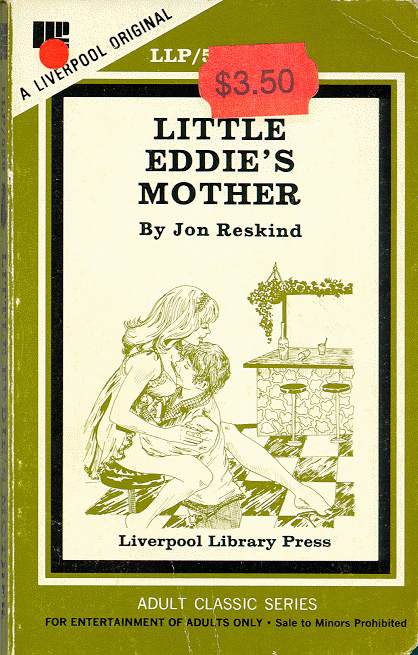 Eddie Granger stood on the muddy shoulder of the highway, a miserable expression on his face as the rain fell steadily, pounding the fields and open country on both sides of the road. He was soaked through and through, yet he wore a curiously pleased expression on his face despite the rain and the bone-chilling wind. His wide, expressive dark eyes flashed with his excitement, and his smooth adolescent cheeks were tinted with color from the wind as well as from eagerness.

Just a few hundred miles more to San Francisco, he thought. Just a little while longer and I'll be with my mother, where I belong.

Then suddenly a horrible feeling of frustration came over him, because he realized it had been a long time since a car had passed, and he had been certain that he would easily have found a ride at least into Reno and maybe further if only some cars would come along. There had been only a huge oil truck and a little old lady in a 1947 Ford, who gave Eddie a disapproving look as she whizzed by, during the entire time the boy had been standing there.

Eddie Granger was a clean-cut youth with dark hair that fell lankly over his forehead, but in blue jeans and with a knapsack on his back, he knew a lot of drivers would take him for a hippy and be reluctant to offer a ride. He also hoped that none of the people who offered him a ride would guess his age, which was fourteen, and call the authorities because he was a runaway. So far he'd been lucky. He was tall for his age and well built, but he had just recently begun shaving and only needed to do it twice, a week or so.

Standing there in his rain-soaked clothes on the deserted highway, a feeling of defeat suddenly came over him causing tears to well up in his eyes along with a bleak feeling of fear in his heart… What if his mother didn't really want him… What if she sent him back home to his dad? He pushed the thoughts from his mind and sat down on his back pack, elbows on knees and face in hands.

It was growing late now, almost two o'clock, and he feared that he might still be stranded on this desolate stretch of highway when darkness fell. Then, just as he was about to give up, he heard the unmistakeable hum of an engine in the distance.

Finally the car appeared on the horizon. It was a sleek, silver-grey Mercedes travelling at a terrific rate of speed. Eddie's hopes rose when he saw it had California license plates, but then his heart sank, for it was not slowing down at all. It was occupied by two people, an extremely handsome middle-aged man and an attractive blonde sitting close by his side. At first it seemed they would race on by without even giving him a glance, but at the last moment the car's blonde female passenger caught sight of Eddie and smiled at him, nudging against her male companion's shoulder to draw his attention to the stranded teenage boy.

Eddie saw the twin brake-lights flash red as the powerful automobile slowed to a halt several hundred yards down the highway. Heaving a long sigh of relief, he watched the Mercedes begin to back slowly towards him. After gathering up his backpack and tightly rolled sleeping bag, the bedraggled youngster ran smiling towards the car, thankful and happy but not altogether convinced that the couple would not change their minds and tear off without him.

At last the distinguished-looking car drew abreast of him and the door flew open.

"Hey, you poor kid, you're dripping wet from head to foot," the blonde said warmly. "Come on, just squeeze in beside me."