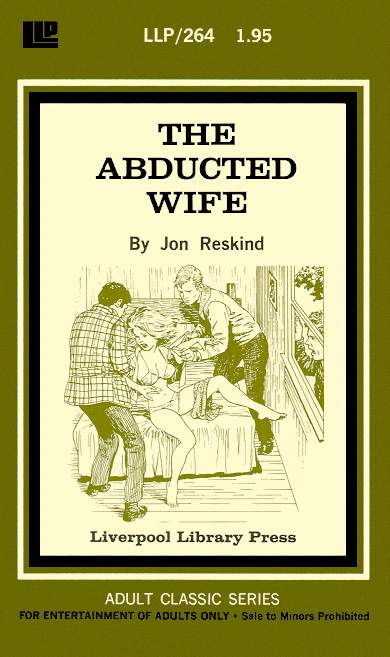 Jane Brighton held the canoe paddle in her hands and stroked gently into the shimmering moonlit waters of Clear Lake. Overhead the dark sky glinted and swirled with countless stars, and behind her the light from Lakeview Lodge had receded into a mere pinpoint in the distance. She lifted her paddle into the canoe as her husband Bob's youthfully strong arms steered them towards a small clearing of beach surrounded by forest. The dark blue water lightened as they glided into the shallows, then Bob leapt out in front of the canoe, splashing into the water, and pulled the prow of the boat onto the sand.

"Bob, darling, you'll get soaking wet!" Jane cried out as her husband waded back into the water and extended a hand to help her onto the beach. "You'll catch pneumonia!"

Her peals of laughter pierced the late-night silence. Suddenly he tossed her over his shoulder, grasping his hand around her smoothly curving thigh, and carried her up to the beach. He stood for a moment with his wife splayed across his back, then he spun her around before spilling her wildly kicking body onto the white sand. Jane rolled over on her back, still panting and giggling, and looked up at the face of her husband. The young man sank down beside her and embraced her around her shoulders. Laughing, she pulled away, giving him a light kiss on the cheek, and handed him a large beach towel she had brought in her satchel.

"Thanks, honey," he grinned. "I'll just run back into the bushes and hang out these clothes until this stuff dries off a little."

Jane watched fondly as Bob Brighton's tall lanky form disappeared into the trees behind the inlet. She spread out a blanket on the sand and pulled her beach dress over her softly cascading blonde hair. Then she sighed and sank lazily onto her back, exposing her young bikini-clad body to the night air. She couldn't help gazing down at the length of her torso admiringly and feeling a deep sense of pleasure that she had so much to give her husband. The exposure of her tummy above the panties was smoothly flat and broken only by a feather strip of blonde down over creamily golden skin; her voluptuously full hips arched firmly against the ground and the rounded whiteness of her scantily covered breasts formed two perfect half-circles in the moonlight. Her body was youthfully lithe, yet womanly and full-formed, and she restrained herself, a strange feeling of wild abandon running through her, from taking off her swimming suit and surprising Bob when he stepped into the clearing.

God, he'd probably die of shock! she giggled softly to herself, realizing how much this vacation was transforming her.

Yes, things had really changed since she and Bob had arrived at the North Carolina lodge for their summer vacation. In a way, it had been a second honeymoon for both of them, and each day had been a new discovery of how they could relax and get to know each other. She hated to admit it to herself but this first year of marriage had been a trial and this trip was a sorely needed break in their routine. Bob had worked so hard at his new job and came home only weekends, and there just hadn't been the time, she reflected, for them to respond to the complete possibilities that the sudden intimacy of marriage offered them. And what she needed was time; she just couldn't warm up and give herself on the spur of the moment to a virtual stranger. Oh, there had been moments when she almost felt she could let herself go completely with him, but then her fear of being loved merely for her beauty had held her back.

Jane looked up from the sand toward the dense foliage, wondering where Bob could have gone. He must be gathering kindling for a fire, she decided, and she was grateful for this moment of solitude to reconsider all that had happened on this vacation. The first few days at the lodge had been a bit difficult when Bob, as usual, had wanted to do nothing but stay in their hotel room and make love; but after awhile they had begun to take walks into the woodland areas of the southern mountainous terrain of her childhood and she had sensed her heart slowly opening up to him. That was important to her – that though they had met at a northern college, he understand and appreciate her southern background.

Not, of course, that she was interested only in their emotional relationships, she giggled to herself, and her heart skipped a beat when she recalled one episode a few days before when Bob had stripped to his jockey shorts in a remote clearing in the woods, meaning to sun himself, but unwittingly exposing the outlines of his strong young penis to her and emotionally stirring her. Before either of them had realized it, they had begun kissing passionately. Her stomach had throbbed at the feeling of the steadily hardening bulge in his shorts, and soon their kisses had achieved a plane of demanding sexuality where only the real thing would suffice. She didn't understand it; she had never known that feeling before and she couldn't explain why it had happened, except that somehow out there in the clearing everything had seemed different. The sun had shone down on their tanned bodies, bringing out her own deeply sensuous feelings, and slowly awakening her. Making love before had seemed so utterly mechanical, but in that setting there was something pure and natural about pressing her hand against the long column-like bulge in his shorts and wrapping her fingers around the warmly pulsating hardness. She'd damn near lost her head entirely as he tenderly massaged her vaginal swell through her tightly fitting jeans, then slipped his hand suddenly down through the waistband into the moistly seething passage between her legs.

Now Jane looked up into the star-covered sky and recalled guiltily how she had suddenly refused him after those preliminary moments of lovemaking. He was right in demanding her to give in to him, yet she had found the sudden urgency of his embraces disarming and she had been afraid someone might see them. On second thought, she sat up, running her hands across the smoothly curving orbs of her breasts, with the intention of acting out her original idea of undressing for him, but her fingers had just undone the top of her bra's knotted string-ties at the back of her neck when she heard Bob's voice from the thicket behind her.