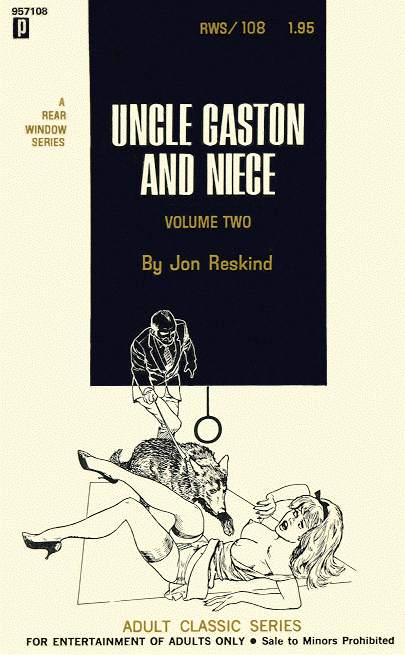 Madeleine Poirier knew very little about him except that he was an acquaintance of Rafael Girarde and in a governmental capacity, which automatically classified him as a person of some prominence. His name was Julian Forrest and he was a civilian Inspector of the Royal Canadian Mounted Police from Ottawa, undoubtedly in Montreal on official business. For all of his fifty-odd years, he was not unhandsome, and Madeleine was not offended when he approached her. He had brought it off rather smoothly the night before at the Salle de Venus-Apollon where she served as hotesse for M. Girarde, the club owner – and in some respects, her benefactor these past bitter months – carefully choosing an appropriate time when Rafael would not overhear.

She had appreciated that. Rafael Girarde had been good to her and she wanted in no way to offend him, but by the same token, business was business, and she had her own goals that neither Rafael nor her income as club hostess was going to make attainable. As matters stood, she still kept Tuesday and Friday nights generously open to her employer at her place, and she felt quite certain that he had no idea of her private and selective circle of gentlemen friends upon whom she graciously bestowed her voluptuous charms for a substantial fee at tightly scheduled, pre-arranged tete-a-tetes. She was no prostitute, per se, and resented being approached as one. Julian Forrest must have assumed this, she thought, as she taxied toward his hotel that warm September afternoon.

She smiled to herself, her lush red lips parting slightly to display a dazzling row of white, even teeth. Her deep dark eyes sparkled in anticipation and she squirmed gently down into the leather cushion feeling the tightness of her panties tauten against the already moistened crevice between her legs. Thank God, she enjoyed her work, she mused, and that, too, she owed to Rafael. He was a fine lover and had taught her much. She had reason to be grateful to him; he had taken her under his wing after Antoine, her husband, had been sent to prison, aided her financially, found her an apartment and helped her evade the powerful and lecherous hands of Gaston Larreau, her own husband's nefarious "uncle". Yes, indeed, she owed Rafael Girarde much… yet, she would hurt him, she knew, hurt him terribly before another year came to pass…

Well, enough of those thoughts, she decided firmly. The tall, handsome and greying Julian Forrest was a more pleasant contemplation. His still-athletic physique beneath the exquisitely tailored suit had intrigued her. His smile had suggested sincerity, perhaps, even honesty, while his pale-blue eyes had portrayed the delights of the mischievous libertine, but in essence it had been his suave approach and delicate proposal she had succumbed to… plus his wallet.

"I'm not a man who chooses feminine companionship haphazardly, my dear," he had said to her in his rich baritone voice, the well modulated French rolling off his tongue with a decided Parisian flavor. Then, strangely enough, in English he had added: "But you are breathtaking, ma chere."

"And you are married, Inspector," she replied, almost as a matter of form. "Besides, you're a personal friend of Rafael's."

"Isn't everyone?" he said, reverting back to French and laughing as he spoke. "Good God, at fifty a man should have twenty years of married life behind him and a son or two to prove it. And certainly every official in Canada knows and claims friendship with the Minister of Government, Rafael Girarde, eh?"

She had laughed lightly. "You put it all so nicely, Inspector Forrest. Tell me… do I look like one of those girls?"

"Heaven forbid! You've misunderstood my luncheon invitation," he had said, his square handsome face assuming an embarrassed, if, awed expression. "How can I ever apologize and make you understand…"