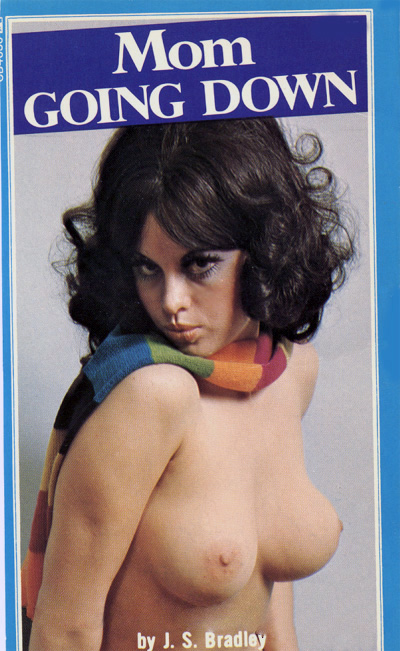 Monica stood in front of the stove and watched the bacon sizzle and sputter in the pan – six slices, all for Gil. She forked them over and pushed them aside to make room for the half-carton of eggs he'd eat before he left.

She sighed and pushed a lock of teak-brown hair from the side of her young-featured face. She wrapped the thin housecoat more tightly around her slim, curving body.

She made a mental note to fix the belt while Gil was out on the rig this time. It kept gaping open at the wrong times, and she was sure she'd shown her son her tits and cunt and, ass by now, all in bits and flashes, like a rank exhibitionist.

She tugged and sighed again, slipping the bacon from the pan to drain on a paper towel. She began the task of breaking eggs and felt that strange confusion of emotions run through her mind.

She was never certain how she should feel about Gil's being gone a month at a time, stuck all that way out into the Gulf on an oil rig.

It was a mixed blessing every time he left. She got lonely for him. But her sore cunt got a rest while he was gone, too.

Thinking about her pussy made her conscious of the itch and throb between her naked legs. That brought on a spasm of her tight, flaming asshole, and she let out a sound as if she'd just been burned by popping, hot grease.

She swore softly under her breath. It was when she felt this way that she was glad he was leaving. It was going to take her half a week to get her cunt and asshole back to normal after the hours of solid fucking he'd given her last night.