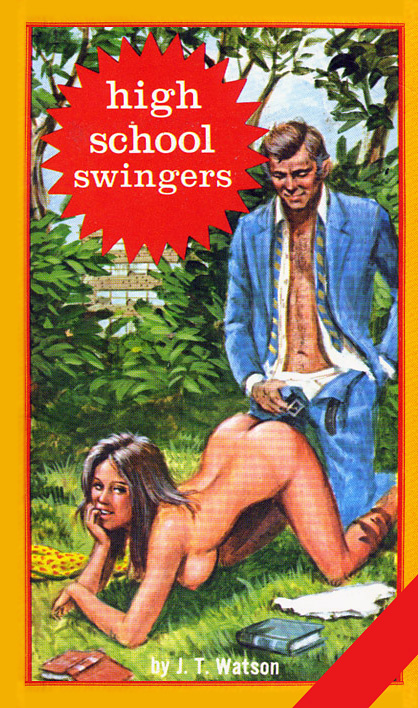 The Publisher Diane Christopher was immediately aware of the looks she was getting from her new math teacher. She was used to getting such looks from boys her age.

She was eighteen years old and she already had the full figure of a woman. Her body combined with her shoulder-length, black hair, clear blue eyes, and delicate features had been attracting boys for as long as she could remember.

This was the first time she had ever found herself looking back with interest. Mr. Kinkaid was not at all like the rest of the men teachers around the school. He was well over six feet tail, and he looked more like an athlete than a math teacher. His hair was blond and his eyes wow almost as blue as hens.

"My," Debbie Fisher whispered. "He is handsome."

"Hmph," Diane said. "You think anything that wears pants is handsome."

"I do like boys," Debbie admitted, with a shake of her long blonde hair. "But there's something a little special about Mr. Kinkaid. Now don't tell me you don't feel it."

Diane turned her face away so that her friend couldn't read her expression. The truth was that she did find something disturbing about Mr. Kinkaid.

Mr. Kinkaid ended class early and the students slowly filed out of the classroom. She was thinking about Mr. Kinkaid and hardly listened to Debbie's flowing chatter.

She was suddenly aware that somebody was standing in front of her.