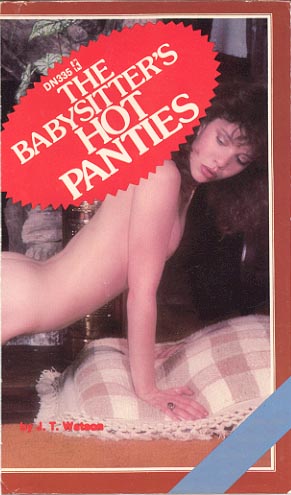 She hadn't agreed to baby-sit for anyone since the incident with Mr. Longworth.

Lots of her old customers kept calling her, Tara was one of the best babysitters in the community, and one of the prettiest. Tara had honey colored hair, deep blue eyes, and an innocent-looking mouth that drove the boys crazy. And quite a few of the men.

Also, Tara was well aware that her figure was better than a lot of college girls. Her breasts were already as big as melons, her stomach flat, and her ass had been described as bouncy although Tara wasn't quite sure what that meant.

But Tara was well aware that she was gorgeous and she wasn't above a little harmless flirtation with the men of the homes where she did her babysitting.

Until that scary night with Mr. Longworth! The Longworth's no longer lived in the community. They had moved out right after the incident. Perhaps Mr. Longworth had been afraid that Tara would tell, but he was wrong. Tara would never be able to tell anyone what had happened that night.

She still remembered it vividly. It had been raining that night and Mr. Longworth had offered to drive her home. She was a little nervous because Mr. Longworth had been drinking. His face was a funny red color and she could smell the whiskey on his breath. But Tara didn't want her hair to get messed up from the rain, and she agreed to let him drive her.

About halfway home Mr. Longworth had pulled the car over to the curb. It was a dark corner of the street and nobody could see them. There was a strange look on his face.

"What are you doing, Mr. Longworth?" she had asked.

"You're so pretty," he told her. "So pretty. I've never seen anyone as pretty as you."