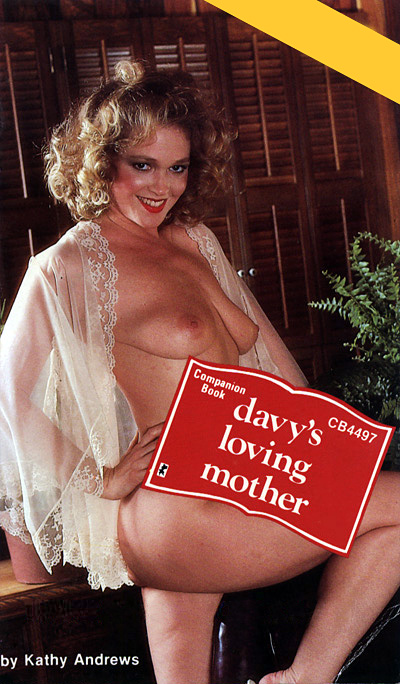 Molly stood gazing at her son.

Davy was sound asleep, sprawled on his back. His night lamp was still burning, and he had kicked the sheets to the foot of the bed. His pajamas hung low on his hips, the naked flesh of his stomach showing.

She was wearing a long nightgown, a nylon gown that clung to the curves of her slender body. The top of her gown was lace, and the light-brown color of her nipples showed. She entered her son's room and stood over him, her eyes roaming about his youthful body.

Across his face was a pair of her panties.

This was not the first time she had seen her panties on his face while he slept. She had been peeking in on him for the past week, and each night the panties were either on his face or lying next to his head on the pillow. They were always the same pair of panties. They were pink, trimmed with white lace, the crotch usually turned outward.

Molly was very much aware that some men enjoyed fondling a woman's panties during times of jerking off. She knew they enjoyed the scent of a woman's worn panties, and at times wrapped the nylon about their cocks, to jack off. But that was men, not her son. Davy was young, and she felt he shouldn't know what to do with his cock yet, let alone find pleasure in caressing a pair of panties.

But for a week she had seen him with those same panties near his head or draped over his face while he slept.

She thought the panties had been mysteriously lost while being washed. The washing machine sometimes ate a sock or two, but never panties.

Oddly enough, she didn't feel anger at her son for having them. She felt an unusual tingling sensation between her thighs as she looked down on his sleeping body. One of his eyes showed through the leg of her panties, and the crotch rested lightly on his lips.

All day she had been wearing the same panties. Molly usually changed her panties at least twice a day, but today was different. Feeling a flush of excitement on her lovely face, she lifted her gown to her waist, and peeled her panties off. She held them up, turning them inside out. They were pink, too, but the whole front was black lace. She brought the panties to her face and sniffed. The scent of her cunt was there, along with two stray dark pussy hairs. Very carefully, she removed the panties from her son's sleeping face and placed the other panties there.