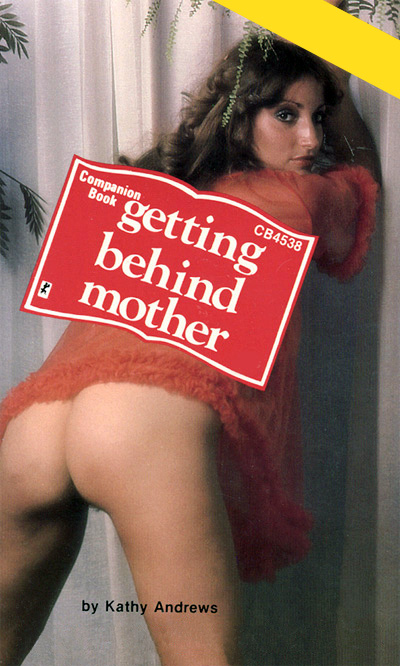 With Tony holding the wire fence for her, Judy slipped between the strands. But just as she expected it to happen, her skirt caught on one of the barbed wires. She was climbing through fast and her skirt ripped from the waist to the hem.

A slight flush crept over her lovely face as she glanced at her son.

Tony didn't see the flush on his mother's face. He was behind her, staring in fascination at her long legs and her pink bikini panties.

"Oh, my!" Judy said, pulling her torn dress together. "I knew I'd tear my dress."

Tony's eyes were hot as he giggled softly.

"You're not supposed to look," she said, her eyes lowering shyly as she held her dress together. "It isn't nice."

"What do you know?" she replied, her voice soft. "I didn't think you ever noticed girls."

Judy was on the other side of the fence from her son, and she looked at him, her eyes moving from his head to his feet, then up again, stopping at his crotch. Although she tried to stop herself, the words came out anyway; "And I notice you, too, honey."