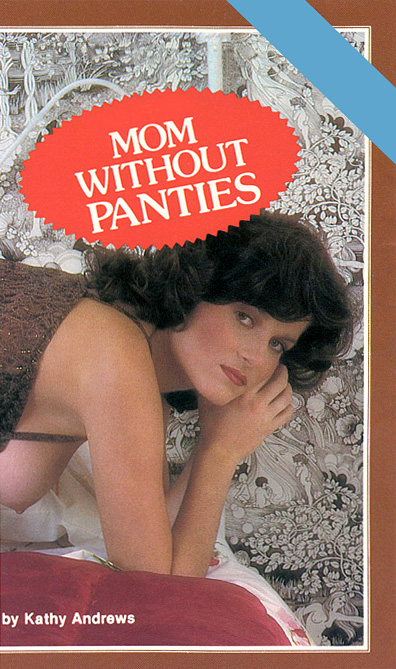 Richard squirmed in his seat next to his mother, waiting to be seen by the doctor. It was his annual physical, and although he fought against coming, he seemed quite content now.

The pretty receptionist with blonde hair sat at her desk, in no hurry to leave. Richard was the last patient of the day, and the doctor would be calling him in soon. The blonde girl smiled at Richard every so often, giving his mother a glance.

The desk she sat at was open in front, and Richard was enjoying himself as he waited to be seen. In fact, he could have sat there the rest of the night. He felt no shame about peeking at the girl's legs under the desk. It excited him to the point that his cock was now quite hard. He could see her pretty knees, and her short, white dress was high on her thighs. When she moved a certain way – and it seemed to Richard that she moved often – he caught peeks of her creamy thighs above her nylons, and once he saw the crotch of her panties. The view was almost enough to make him come in his pants.

Glancing at his mother sitting beside him, he wondered if she could see under the desk, too. But his mother was thumbing through a magazine. He turned and looked at the girl again, and now his cock jerked. The girl had her legs spread wide under the desk, and the crotch of her pink panties and garterbelt were totally exposed. A moan came from Richard and he couldn't take his eyes off the exciting view. He had his hands in his lap, pressing on his hard cock. The blonde girl seemed to know he had a hard-on; her blue eyes teased him. When the girl began to slowly close and open her knees, Richard was sure she knew what she was doing.

Karen, his mother, saw it all from slitted eyes. At first she was disgusted with the girl, then decided maybe she didn't know she was showing herself. But as she watched, it became obvious that the girl was teasing Richard. She glanced at her son and saw how he was pressing his fists into his lap, then looked back at the girl. She was seeing what he saw. The response that came over Karen surprised her. A twitch between her legs made her jump in surprise.

Karen saw the doctor in the doorway. They smiled and greeted each other as Karen led Richard into the office. Karen had been bringing her son to Dr. Sissy Reed for the past three years. She liked the woman, had a great deal of respect for her medical knowledge, and Sissy was also very good with her son.

Sitting in a comfortable chair, Richard next to her, Karen realized how attractive Sissy was. The doctor perched on a high stool, a clipboard and pen in her hands, braced on her knees. While Sissy questioned Richard about his health, Karen looked the doctor over.

Sissy was an unusually beautiful woman, tall with a very good figure, long dark hair and almond-shaped eyes, her skin was unblemished, very soft and creamy looking. She was the picture Karen would have of a young female doctor. Sissy wore a long lab coat over a becoming silk blouse and cotton skirt.

The long slit on the left side of her skirt drooped to reveal an expanse of well-tanned flesh. Karen wasn't listening to the medical questions directed at her son; she was fascinated by Sissy. After all this time, Karen was seeing the doctor as a very desirable woman.

Karen crossed her legs and noticed a glance from Sissy, but Sissy had glanced at her legs, not her face. Karen felt, or sensed, a definite attraction between them. Used to men and women giving her admiring looks, Karen paid no attention.