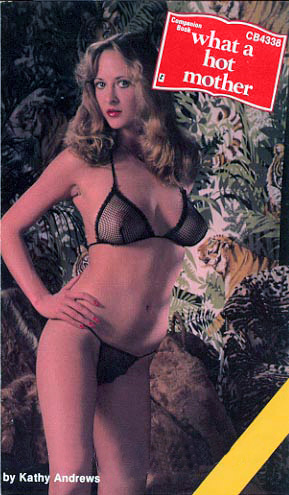 What a hot mother

What a hot mother

Ann stood watching from behind the doorway entering the garage.

Her daughter, Misty, was sitting on an old mattress that had been stored there. She was in the middle of it with her dress bunched about her waist. Misty's legs were spread out wide before her, her panties dangling at her left ankle. She sat sideways to Ann's line of vision, and it was obvious to, Ann that her daughter was playing with her pussy, agitating her clit with her fingers. Soft gasps of pleasure came bubbling from the girl.

Directly in front of Misty sat Gloria, Misty's girl friend. Gloria, too, had her dress about her waist, but her panties were completely off. Like Misty, Gloria's legs were spread. Ann saw that Gloria was plunging a finger in and out of her cunt, finger-fucking with more enthusiasm than Misty. The girls were watching each other intently, gazing hotly between the other's thighs, excitement hot in their shining eyes.

Ann's first impulse was to enter the garage and scold the two young girls. But she was held in place by the sudden, unexpected throbbing in her own cunt.

Her legs began to shake and become weak as she saw her daughter slip her middle finger in to her cunt and move it in and out. She had fucked her cunt many times with her finger when she was Misty's age. If Misty wanted to finger-fuck herself, she didn't care; she could fuck her cunt with her finger all she wanted. But she wasn't sure about Misty doing it with another girl. Yet, there was no denying the increasing pleasure she, herself, felt by watching the two girls jacking off.

Ann's hairy cunt began to twitch with a steamy heat that she had not felt in a long time. The sensation in her pussy was almost enough to make her press a fist against her pussy and rub it.

"Lemme feel your pussy," Misty said to Gloria. "I'll play with yours, and you play with mine, okay?"

Ann's eyes went wider as she watched the girls take their fingers out of their cunts. Misty reached between Gloria's thighs and, for a moment, felt her wet cunt lips. Then she stabbed her finger up Gloria's cunt. Gloria shoved her finger into Misty's pussy, and the two girls began to vigorously finger-fuck each other.

Ann wondered how long this had been going on. Listening to them, she thought it must have been for some time. This was not, obviously, the first time they had explored their hairless cunts.

"Wanna make each other come?" Misty's voice sounded low and husky. "Let's finger fuck each other until we come. Okay, Gloria?"