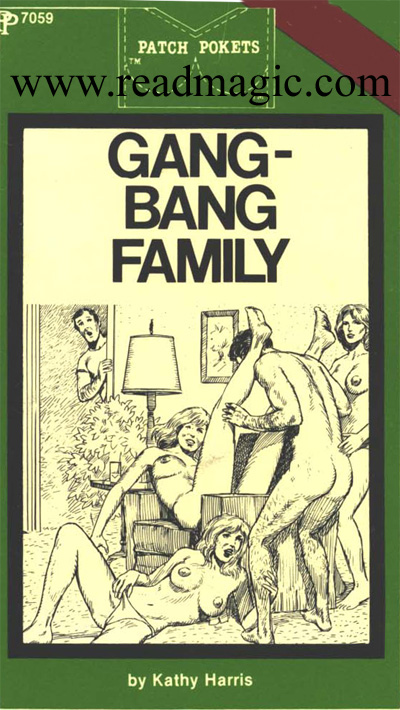 Lacey Kellogg stood ankle deep in Green River, looking about her with satisfaction. She was really glad that her entire family had decided to rent a house on the river and spend their annual vacation there.

It was so beautiful, she thought with a happy sigh. The house they had rented was only yards from the river. And, from their house, through the floor-to ceiling window in the living room, they had an exquisite view of the emerald-colored water running by the front of their house.

The river was fairly shallow until about halfway out where it was deep enough for some real swimming.

One of the things Lacey liked best about their vacation spot was that it was completely deserted. They had rented a house which had its own private beach. There were several islands out across the river, too far away to swim to them. But, there were two small boats, a motorboat and a rowboat, which they were free to use to explore any of the nearby islands. Or they could use the boats to drift down river and see what it was like farther down.

In fact, Lacey remembered now, right that minute, her older sister, Kate, and her brother, Chuck, were down the river in the rowboat. Just then, they saw her and waved, and she smiled and waved back just before they disappeared from view around a bend in the beautiful green river.

Between the river and the house, Lacey's sister, Sue, and her brother, Joe, were stretched out on large towels, working on their tans.

Lacey started back to the house where her father was resting in his room. As she passed Joe, she glanced down and saw the hard bulge of his crotch. He looked so good, so sexy, in his black bikini briefs. The virgin flushed, excited by the thought of her brother having a big cock. She wished she could see his prick.

She entered the house and threw herself into a chair in the living room. It was a big house, with all the bedrooms upstairs. She knew that her father was up there in his room, and she felt a hot tingling in her virgin pussy as she realized that only she and her father were in the house.

Lacey had long ago faced up to the fact that her father was special to her in another way, too. Lacey, tired of being a virgin and knowing that it was time to end that part of her life, wanted her father to be her very first fuck.