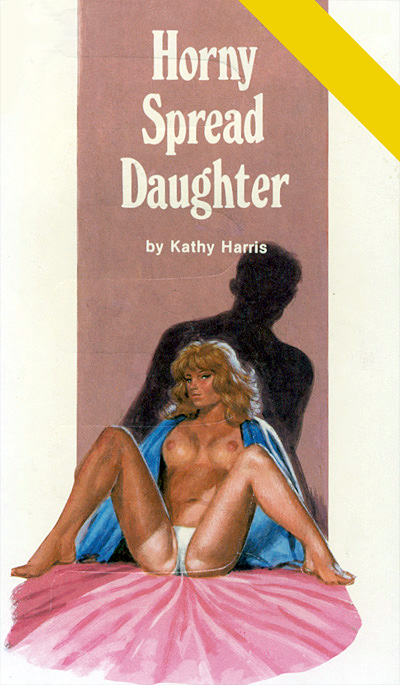 "Are you sure we're really safe here?" Terri Madison asked her husband, Craig, as they lay naked on a long, flat rock halfway up the mountain. "I mean, what if Jody or Sheri see us?"

"Will you stop worrying?" Craig said with a husky chuckle. "You know how our daughter and niece are whenever we come into the woods like this for a picnic… they go traipsing off to explore the trails into the forest, and to talk about all the boys they have crushes on. The last thing in the world they want is to be around us old fuddy-duddies."

"Some fuddy-duddy you are!" Terri said, grasping her husband's cock and giving it a gentle squeeze. "That's something you could never be!" Her eyes swept over the man's tall frame, admiring the hard muscles of his arms, chest, and legs.

She continued to tug on his prick, feeling it harden in her hand as Craig moved his mouth over her neck and face. She moaned with desire. She ran her fingers through the dark hair on his chest and continued to pull on his cock.

Craig groaned and moved his hands over her tits, lifting one of them slightly. He worked his tongue around the woman's nipple as she threw her head back and moaned into the warm, spring air.

Craig hungrily sucked on Terri's nipple and moved his hands up and down her naked body, touching her all over and feeling her squirm in response. And all the time, she kept squeezing his prick, feeling it grow harder and longer.

"Craig, darling," the woman muttered as she licked his face with her quick tongue, "I want to suck on your cock!"

"Are you sure that's what you really want?" Craig asked in a teasing tone.