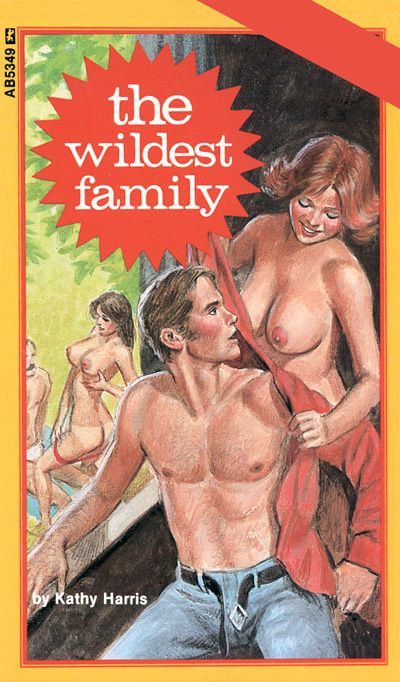 Holly Lawrence stood, unseen, at her bedroom window on the second floor of her family's big, rambling house outside town on the edge of the woods.

She was hiding behind the curtains of her window but she had a clear, unobstructed view of her handsome uncle as he unloaded suitcase after suitcase from his van.

Oh, Uncle Richard, Holly thought, you are one sexy hunk of a man! Her hands wandered down to her crotch and she began to rub her little virgin pussy hard through her very short shorts.

As the girl continued to rub her cunt, growing hotter and hotter, she kept her eyes fastened on her uncle. He was her father's young brother and very handsome and sexy. He had thick, wavy dark hair, snapping blue eyes, and a build that was so powerful and muscular, it made Holly drool with excitement.

Moaning with growing lust, the virgin slipped her hands beneath her shorts and stuck two fingers of her right hand between her swelling cuntlips and as far up her pussy as she could without breaking her cherry. Her left hand found her twitching clit and began to rub the small cock-like piece of cunt-flesh as she grew more and more aroused.

For, even enough Holly was a virgin, it was a state the teenager was eager to change! All, of her friends had had their cherries popped a long time ago, and the beautiful blonde was beginning to feel like a freak.

But it wasn't only because she wanted to be "one of the gang" that Holly wanted to be fucked. No, it was mainly because the girl's passions had grown so hot during the last year or so that it had become all she could think about. Her desire to be fucked by a big, hard cock was, by now, consuming her every thought and dream as she went about her daily business.

Almost every night now, Holly awoke with an orgasm crashing through her pussy, an orgasm which still didn't give the teen the relief she needed so badly. She knew that only a cock could give her the kind of orgasm she really wanted.