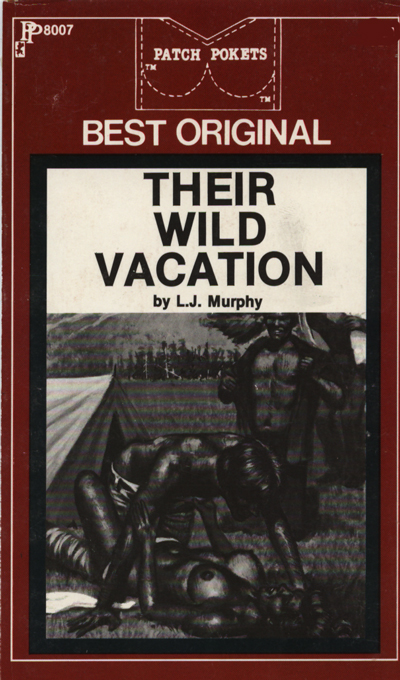 God, he was bored.

He could tell already that this trip was going to be a big, fat mistake. He swore softly under his breath. Why had, he let Doris talk him into spending his vacation driving across the country? She thought it would be romantic.

Romantic. That was the trouble with Doris. She was never satisfied. He kept her well-fucked, but she wanted more. She wanted to own him, that was what she wanted. They were good together. Why wasn't that enough for her? It was for him. Steve Bradley glanced at the woman sitting in the passenger's seat of his jazzy red Mustang.

Doris Coleman was thirty; two years younger than Steve. But with her short cap of curls and big wide eyes in a still-unlined face she could pass for twenty-five easily. And she still had the body of a teenager. Her cone-shaped boobs with the little pink nipples were really too small for his taste, but they were firm and high, and not yet droopy. And even though she was barely five foot tall she had long, lithe legs that met in a curly brown bush that hid one of the sweetest pussies he'd ever had the pleasure of sinking his cock into. It was nice and tight, like a silk-lined glove.

He felt his dick start to tighten against the faded softness of his jeans. Just thinking about her pussy gave him a hard-on. If he'd stayed home like he'd wanted to, he could be banging away inside her sweet tunnel of love right now, instead of wasting his time driving down some God-forsaken freeway to nowhere. The desire welling up in him and his mouth feel tight and dry. He gripped the steering wheel a little harder and tried to concentrate on the road.

His glance strayed sideways again. He could see the curve of one breast in her skimpy halter top. She was leaning against the door with her boobs pushed together; it made her look like she was stacked. She shifted a bit in her seat and he caught a glimpse of the darker circles that ringed the small pink nipples that stood to attention when he nibbed or kissed them.

This was getting him nowhere. It was only 2:30. Four more hours till they'd reach their stopping point for the night, a little town in West Virginia called Clayburn Court House. Doris had wanted to stop there because she thought it sounded "cute". Christ, he didn't think he could wait four more hours. His cock was throbbing now, making an obvious bulge in his pants. Maybe she would notice, and give him a hand job in the car. It would be better than nothing.

But she wasn't paying any attention to him. She was reading some movie-star magazine, seemingly oblivious to his hungry eyes on her body, or the urgent message his jutting dick was sending her way.

Steve noticed a sign pointing the way to a truck stop and rest area up ahead. Maybe a cup of coffee would help him take his mind off her match. He decided to pull off.

"Where we goin', Steve? We can't be anywhere near Clayburn yet." Doris sounded annoyed. She folded her magazine and shoved it into the huge straw purse she carried everywhere. He found himself wishing she wouldn't talk, just look nice and smell good and be there with her legs spread wide when he wanted her. That was all he needed to make himself happy.