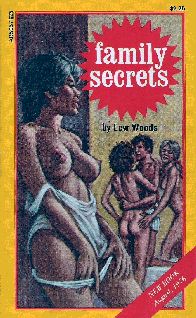 The last time Carter Greene and his wife visited his wife's family, Carter had noticed his wife's teenage sister and a girl friend of hers admiring his body. He saw them stare wishfully at the bulge in the crotch of his tight blue jeans. Later the girls had gone to his sister-in-law's bedroom, and Carter had overheard them whispering about him as he walked slowly by the bedroom door to the bathroom.

"Did you see that handsome face and that dark tan?" Carter heard Cathy, his sister-in-law, ask.

"And that muscular body and that huge bulge where his cock was," giggled her friend.

"Oh, I wish there was some way I could get him to fuck me," Cathy swooned. "I'm 18 and still a virgin. All the guys I go with want to do it, but they just don't turn me on. Most of them don't know what they're doing anyway."

So a few days later when Carter's wife, Melinda, asked Carter to return a hair dryer she had borrowed from her mother, he was not at all reluctant to run the errand. It was late afternoon. His mother-in-law and father-in-law would still be at work, and Cathy would already be out of school and home alone.

Carter knocked on the door, and Cathy answered it. "Oh, come on in," she invited.

Cathy was barefoot and sexy. Her round ass filled the blue jean cutoffs she wore, and her solid, young tits undulated above her halter top with each breath. "Here's Mom's dryer that Melinda borrowed," Carter said.