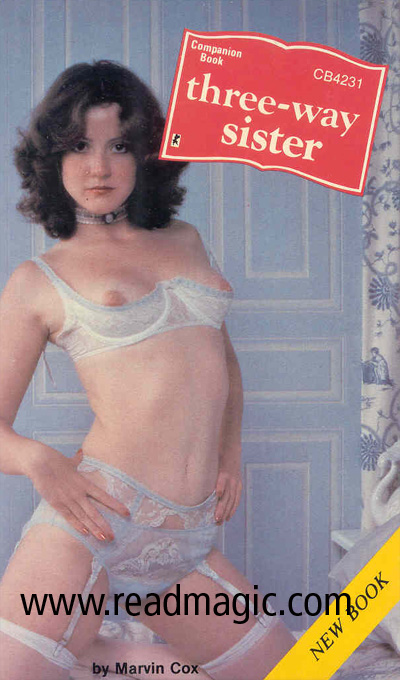 Suzi Stephenson gave her reflection one last check. She had to make sure everything was perfect. Each hair must be in place, just the right shade of eye shadow to bring out the smoldering beauty of her cat-like gray eyes, a mere hint of perfume. She pulled the elastic of the peasant blouse further down her shoulders, revealing the already blooming tits that belied a young teenage girl. Everything simply had to be perfect.

Tonight, if she had her way, she was going to suck her first cock.

Just hearing the words made her shiver all over, giving her a feeling of expectation she had never known before. She stood up slowly and ran her fingers down her waist, barely massaging the firm mound of her cunt outlined in her tight jeans.

A picture of her brother flashed in her mind. God, was he handsome! No wonder the girls were all over him. Tall, taller even than her father, and that body! Massive, muscular and lush with hair. And he had her own coloring, not like her other brothers, jet-black hair, deeply tanned skin, and bedroom eyes, the color of wet coal.

Thank God her parents had finally left on their twentieth anniversary vacation, and would be gone for three whole weeks. She could do a lot in three weeks, and she planned on starting tonight in a big way. She walked out of her room and into the hall. She took a deep breath and purposefully approached Chad's bedroom.

She started to knock, but heard him speaking on the telephone. She leaned her ear closer to hear what was being said.

"I'm sorry, Beth," he was saying, a slight irritation in his deep baritone voice, "but my folks left today and I told you while they were away I couldn't stay out at night. I've got to look after my sister." There was a slight pause, then he continued, "Well, I know, baby, but… yes, I know… look you've got to stop talking like that, you're making me horny." He laughed suddenly, then was silent, obviously listening. "Maybe you could come over here, I'd show you a really good time. I've got a big hard cock just begging to sink in your little pussy." More silence, then, "Well, shit, I can't help it. Look, I said I was sorry, I… shit!"

Suzi heard the receiver slam down as he said the last word, then a rustling as he obviously got off the bed. The door swung open just then and she jumped back.