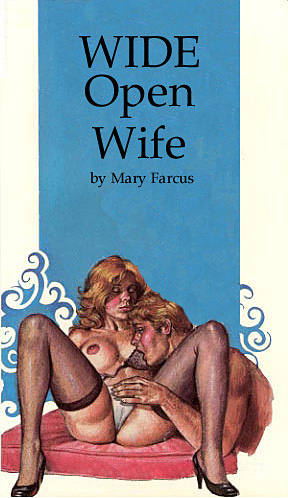 The night was so warm that the door of the bar had been left open. Something vaguely country western-rock was on the juke bin, spilling loud sound into the neon-lit night as a man and a woman came out the door.

"My car's over here," the man said, one arm slipping around the woman's waist. She let him lead her, moving voluptuously against his encircling arm, but there were many little clues in their behavior that indicated they had just met. The man's quick, covert glances and the cautious breeziness of the woman.

The car was a large station wagon, the rear two-thirds of it jammed with boxes and cases. "I'm a salesman," he explained as he ushered her into the front seat with almost exaggerated, courtesy, then went around and got in the driver's side.

"By the way… I didn't catch your name," the man said as he shut his door and turned to look at the woman.

"I didn't throw it your way," she said coolly. There was a short silence during which the man digested her answer.

"I'm your pick-up for the night," she said curtly. "I don't like names. I've forgotten yours already."

"Hey… what is this?" the man asked, trying to laugh off her barely friendly manner. "You with the CIA or something?"

"Jesus Christ, lady," the man replied. "When do you whip out your razor and start slashing?" One of his hands had been inching along the seat toward the woman's shoulders, but it froze in place. He drew a little toward his side of the car. The woman noticed, and her voice softened.

Holy shit! Tom Preston thought nervously. A weirdo! I thought the whole thing was too easy!

He'd met the woman in the bar only a few minutes earlier. Right off the bat he'd wondered what such a good-looking broad was doing in a place like Fellini's. She didn't look like a hooker – a lot more class than that. But there was something overtly sexual about her. Tom took a chance and offered her a drink. She'd slowly looked him up and down and then nodded. He was still trying to work out his next play when she made it for him.