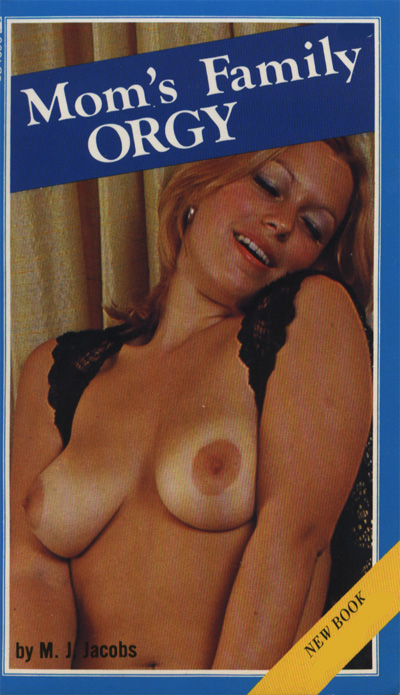 Cissy Baxter waited patiently in Julia and Ralph Martin's living room for Billy Martin to return home from his baseball game in the park. Cissy had somewhat reluctantly agreed to watch after Billy for the Martins while they took care of some business in a near-by city. It wasn't that Cissy was unwilling to do a favor for her favorite neighbors or that she disliked Billy. The fact was that she more than liked her eighteen year-old neighbor. Her cunt was on fire for the boy.

Cissy was a well-respected member of the quiet little community of Shelby Corners. To all appearances she was happily married and content with her life. She had two well-behaved and promising boys of her own. Her eighteen year-old son Paul was doing well on the Shelby Corners track team and Danny was showing a remarkable scholastic achievement. She had good reason to be proud of her handsome sons. Her position on the school board brought her the respect of her fellow townspeople and her husband's grocery was the most prosperous in town. She had no reason to be less than satisfied with her life with Mike, no reason that was discernible by her family and friends, at least.

Cissy would have keen quite content with her life with Mike, but for one weakness, a weakness for hot fucking. Cissy's sex life had taken a bad turn lately, and the resulting frustration was driving her to distraction. Mike just hadn't been giving her the wild fucking that a thirty-five-year old sex pot like Cissy craved. It wasn't that Mike hadn't made her happy in the past. The first few years of their marriage had been one honey fuck after another. But lately her once horny husband had slowed down to a crawl. Cissy really didn't know what was causing her husband's sudden loss of interest in fucking. She was beginning to wonder if he was seeing another woman, a thought that would never have crossed her mind in the earlier years of their marriage.

Cissy had come to suspect Mary Reynolds, her husband's assistant store manager, of trying to steal her man away. She knew that Mary was ten years er than her, but she didn't think the girl had anything on her as far as physical appeal was concerned. Cissy knew that she still had what it took to excite and hold a man. She suspected that the lure of youth had simply been too strong for Mike to resist. She knew, too, that if Mike actually was having an affair with the girl, it would only last until his lust for youth had been satisfied. Cissy was open-minded and understanding enough to forgive Mike for his sexual indiscretions, especially since she was burning up inside with the same fire.

She didn't know whether her lust for Billy was a result of her lack of sexual satisfaction in her husband's bed or whether she had always had a secret longing to seduce a boy. She knew only that her waking hours lately had been filled with thoughts of the handsome lad and her sleeping hours had been filled with dreams of him.

Cissy was ashamed of her desire for Billy, but she could not deny her ever building lust for him. Whenever she saw him, she trembled inside, trembled with a kind of excitement and fear that she had never felt before. There was something enticingly wicked about her attraction for her neighbors' son, something that filled her with dizzying excitement. It was as if the taboo inherent in her desires acted more as a stimulus to her lust than as a deterrent.

Billy was so willing to learn, so naturally bold that she could hardly resist the temptation to tear the kid's clothes off and pull him into bed with her. When she thought of all the nasty things she could teach the boy to do with her and to her, she heated up with lust.

Cissy had had the common sense to keep away from the boy, at least to avoid situations in which she would be sorely tempted to plunge into the whirlpool of her depraved desires. On the occasions when she had been unable to avoid getting close to the boy and being alone with him, she had been in constant fear of herself. This weekend was just such a time. She would be with the boy most of the time, and she was feeling particularly hot between the legs anyway. Mike hadn't fucked her for three weeks and she was going wild with naked lust.

Bill was out playing baseball at the moment. The plan was to have the boy spend the night at Cissy's house. Paul and Danny would keep him busy during the days. She only wondered what would happen when they had to be alone together. Her cunt was already melting between her legs. She knew that the sight of Billy bouncing in through the back door would be enough to make her twat twitch uncontrollably.

Alone with her thoughts of the boy, the hot-assed woman abandoned herself to her lusty imagination. She closed her lovely blue eyes and let her mind fill with images of Billy and the wild things she could do to him.