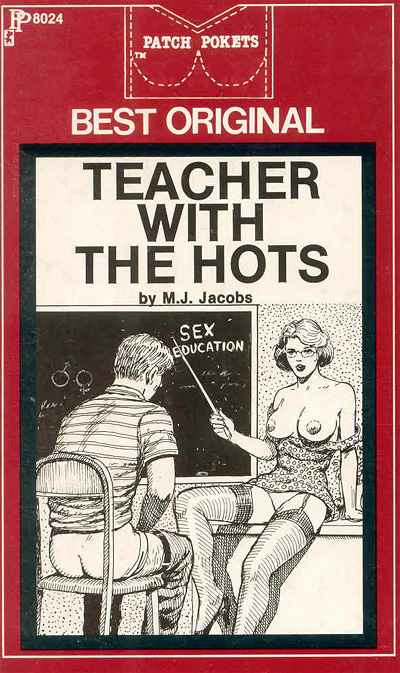 Teacher with the hots

Teacher with the hots

"How about it, Carrie? Are you ready yet?" Carrie Wilson heard her boy friend Mark ask, his hand on her knee.

Carrie really wanted to let herself go. She really wanted to enjoy the cunt-melting sensations that other women were free to enjoy, but something stood in the way of her enjoyment of sex. Carrie had had a frightening experience as a child, an experience with a rough man who had raped her on the family farm. The experience had been such a shock to her that even now, at age thirty, she was unable to forget it.

For her men friends her fear of sex was frustrating as hell. Carrie functioned beautifully in every other area of her life. She was one of the best English teachers Bentonville High had ever had. She had many friends and was highly respected. But in the bedroom she froze up as soon as a man laid his hot hands on her.

Carrie had told Mark the story of her experience. Mark had been very patient with her, and she loved him for it. She loved to have him close to her, and there were even times when she thrilled to the feel of his warm strong hands on her. Tonight seemed to be one of the nights when she was willing to try to let herself go. She knew that Mark sensed her willingness and would respond accordingly.

She shivered inside when she felt his hand sneaking up under her dress. He stroked her silken skin gently, moving his hand farther up her long lithe leg. She felt the warmth of his big strong hand on her flesh, felt his fingers gently squeezing her leg as he moved closer and closer to her cunt.

Mark's cock was aching in his pants, aching to be thrust into the tight little hole between Carrie's legs. He had undressed Carrie several times, and he knew how beautiful she was, knew how soft and warm her body felt. He knew every silken curve of her. He knew how resilient her luscious tits were.

Mark knew that Carrie wanted desperately to respond freely to his expert stimulation. He had kissed her reclining naked form all over, had licked her tits, sucking at them, nibbling at them until they were hard little points of tit-flesh in his mouth.

The man had let his tongue trail down over her quivering stomach, tickling the downy patch of love-hair between her legs. Mark got a raging hard-on whenever he thought of the intoxicating scent of Carrie's warm cunt. She had let him run his tongue down between her legs and over the love-mound that rested beneath the soft nest of her twat.

As he ran his warm hand up closer and closer to Carrie's pussy, Mark remembered fondly the times when she had felt comfortable enough with him to let him take his finger and stroke her cunt-lips. He remembered gently spreading the lips of her cunt. He had run his eager tongue down between the lips of her slightly-spread cunt, tickling her inner flesh and making her cunt run with moisture. Mark's dick jerked in his pants when he thought of the taste of her cunt-honey.