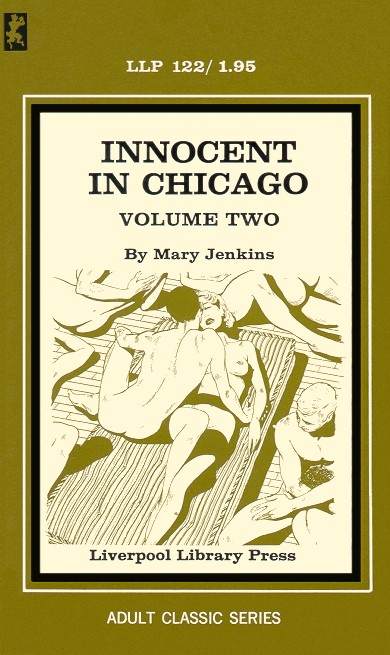 By the time Frankie and Cynthia arrived at Shoo-Fly's apartment for the party, it was well after midnight and fifteen or twenty people were already there, with more arriving as the hours went by and the musicians, strippers and other night people had finished their jobs.

Cynthia had attended Shoo-Fly's parties before and knew basically what to expect. She was certain that there would be plenty of marijuana, assorted other drugs if you wanted them and plenty of people ready to indulge in sex if you were in the mood. His apartment was luxuriously furnished for whatever your whim may be and he reveled in the fact that he could supply the surroundings as well as the drugs for his growing circle of friends. Although he was slightly condescending at times, everyone was more amused by his antics than anything else. He was always good for a loan with no questions asked, and periodically gave wonderful parties.

Even though he preferred men to women, often saying that the only good thing about females was that half the time they gave birth to males, he never tried to molest men after they had once given him a definite brush-off. He would just shrug his shoulders and say, "Well, no hard feelings, but do come around to all my parties and bring a girl friend," and then with a laugh, "and any of their old boy friends for me!"

There was usually some new innovation at his parties, and this time, as he opened the door for them, they smelled the scent of fresh perfume, so strong that it was detectable even through the sweet, pungent smell of the marijuana.

Shoo-Fly was dressed in a deep purple smoking jacket, white ruffled shirt, lavender string tie, a black sash cinching his waist tightly and lavender slacks. He looked like an advertisement for expensive sin, and Cynthia wondered bow he could see through his dark glasses in the dimly lit room. He continually wore dark glasses and she had always wondered why until one night when she was sitting next to him she noticed that his eyes were grossly over-sized and bulged out wetly like a startled fish. She had shivered with distaste and wondered if he kept them on even while making love!

She wrinkled her nose, sniffing the air as he helped them off with their coats.

"I recognize the pot, Shoo-Fly, but what's the other? Incense?"

He looked at her frowning slightly, "Cynthia dear, you know we had incense last time and that I always have something new. Come with me and see!"

He waved them ahead of him through the hall and into the living room, gesturing with a hand carved pipe with a foot long stem and tiny bowl that he had made especially for him in North Africa for his marijuana and hashish.