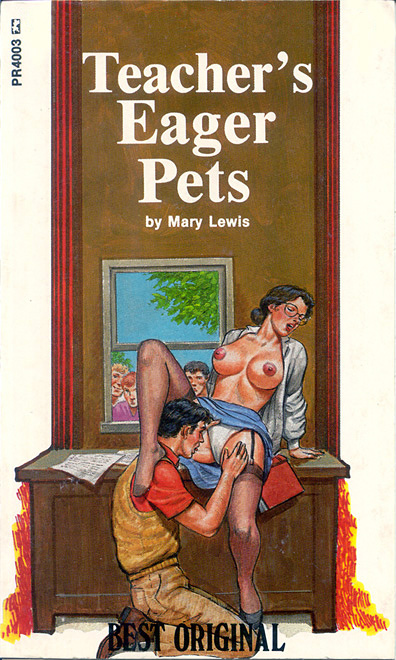 Brenda Andrews completed the last lap of the Olympic sized swimming pool, pulled herself from the water, and ran toward the bathhouse, a long purple towel draped across one bronzed shoulder.

In the bathhouse, she stood before the full-length mirror, smiling at her reflection seductively; a small pool of water was forming at her feet.

"Not bad for an old gal of forty-one! What a pity that no man sees this body," she was thinking aloud. She blushed as she remembered that one, all-too-brief night on the beach in Jamaica. Her pulse throbbed as she remembered the moonlight, the hot sand on her bare body and the bronzed body of Ricky, whom she had never seen again.

She continued to stare at herself in the mirror, still absorbed in her daydream. Yes, Brenda was attractive in a subtle way. If she had only given herself half a chance she could have been downright sexy; but, she did not have the courage to try new kinds of makeup and she did not bother to dress in a daring manner or show off her voluptuous body to better advantage. If she had, most men would have looked her way, but unfortunately she dressed in a dowdy manner, in loose-fitting, baggy shirts, and skirts that were much too long.

In her one-piece bathing suit, Brenda was a knockout. Her long, thin legs were tanned by the Florida sun, and her full tits were high and firm. As she slipped her bathing suit off her shoulders, her lovely breasts fell free and swayed seductively. Brenda gasped aloud as she viewed her body from a different angle. She shivered as she traced the outline of her nipple with one finger, and then pulled her hand away quickly as she saw her startled expression in the mirror and realized what she had been doing.

The bathing suit was now down around her knees and her pubic area stood out in dark contrast to the soft white skin below her waist. Her stomach was flat and her tits stood taut even though she was large-busted.

Her body indeed, would have captured many a glance from an admiring male, but unfortunately Brenda was wasting away in a new jab at a boys' school and none of the male instructors had noticed her as yet – and probably never would.

Raised in New England, the second child of very strict parents, Brenda had led a very sheltered life. She had only a few friends, was a good student and class valedictorian, but had never had a date all through high school. In college she was too busy studying and working, and boys just never seemed to notice her. The only time she had actually been with a man was that one night in Jamaica when she had left the other teachers aboard the cruise ship and had wandered alone onto a beach. Ricky had found her there, sitting beneath a palm tree, crying, and he had confronted her in his soft-spoken Jamaican dialect.

Now as she thought about that night an the beach, her hand unconsciously went down her soft stomach and a finger caught in the curls of her triangle as she moved it quickly toward her waiting cunt.

Her body ached with passion as she quickly put a finger into her hot, wet slit.